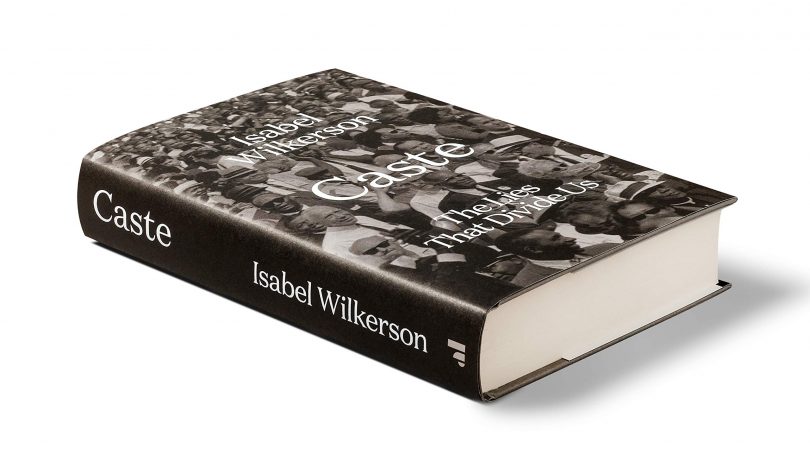 A new book, Caste, claims that the United States before Civil Rights was ‘as bad as’ the Nazis. This is ahistorical nonsense

“Been reading Isabel Wilkerson’s new book, ‘Caste,’” wrote controversial American sports journalist Jemele Hill to her 1.3 million Twitter followers, “and if you were of the opinion that the United States wasn’t nearly as bad as Nazi Germany, how wrong you are. Can’t encourage you enough to read this masterpiece.’

Hill, it should be said, has form with this sort of inflammatory comment. During the 2008 NBA Playoffs between the Boston Celtics and the Detroit Pistons, she was suspended for a week from her post as a columnist on ESPN.com when she wrote: “Rooting for the Celtics is like saying Hitler was a victim.” Hill, a Pistons fan, explained: “To some degree it was about race. Detroit is 80 per cent black… Boston was viewed by blacks as a racially intolerant city.” This year, in a long article in The Atlantic, she regretted the Hitler comment and said the punishment was “deserved”. But was that regret genuine? In 2017, after tweeting that President Donald Trump was a “white supremacist”, she stood by her remarks as representative of her personal beliefs but apologized to her employer ESPN for painting it “in an unfair light”.

Hill’s comment about Wilkerson’s book received 30,000 likes and 12,000 retweets. If her intention was to whip up a social media storm that would keep her name in the headlines, she certainly succeeded. Nazi Germany was soon trending on Twitter as members of the American political left and right traded increasingly vitriolic blows. “If it’s so bad here,” responded Stephanie Hamill, a host on the One America News Network, “I’ll buy you a one way ticket to any country of your choice. Seriously, let me know!”

The weight of opinion from both sides of the political spectrum, however, was to condemn Hill. The actor James Woods, a pro-Republican promoter of bizarre conspiracy theories (and himself no stranger to controversy), described Hill on Twitter as a “raging, ignorant fool”. A less partisan response was from former Democratic New York Assemblyman Dov Hikind who reminded Hill of ‘just a FEW of the differences between AMERICA and NAZI GERMANY”. They included “gas chambers, crematoria, forced labor, starvation, beatings” – the list went on.

Perhaps surprised by the howl of protest, Hill clarified her comments. “Nowhere in my tweet,” she wrote a day later, “did I say the current state of America is like Nazi Germany. I was referring specifically to our racial history. The parallels have been pointed out by plenty of historians, not just Isabel Wilkerson.” That is patently untrue. No responsible and credible historian would equate the murderous authoritarian Nazi regime that existed in Germany between 1939-1945 – and that, by initiating the Second World War, was both directly and indirectly responsible for the deaths of tens of millions of people (including six million Jews) – with the undeniably repulsive “Jim Crow” laws that enforced racial segregation in the Southern United States until 1965.

Those laws institutionalized economic, educational and social disadvantages for African-Americans living in the Deep South, and it would require the Civil Rights Act of 1965 to remove them. Yet they are no more comparable to Hitler’s Germany than the monstrous Apartheid regime that prevailed in South Africa from 1948 until the early 1990s. There is bad – and there is Hitler. If you must make a comparison, it can only be with Stalin’s Russia or Mao’s China, the only other 20th Century regimes responsible for a similar number of state-sponsored murders. But, unlike Hitler, neither Mao nor Stalin tried to erase systematically a whole race of people by industrial means. By initiating the Jewish Holocaust, Nazi Germany ensured its place at the head of the top table of global infamy. The Deep South segregationists do not come close, and to argue that they do is to dishonour the memory of the tens of thousands of young Americans who gave their lives fighting to defeat Nazi Germany and its Italian fascist allies in the Second World War.

So who is Isabel Wilkerson and what is the thesis of her book Caste. Is she a historian, as Hill insists? Not that I can see. She does not possess a PhD or teach at a university. She is, instead, an award-winning journalist and author. In 1994 she became the first African-American woman to win a Pulitzer Prize in journalism while working as Chicago Bureau Chief of The New York Times. Her previous work of non-fiction, The Warmth of Other Suns – a heartfelt study of how three African-Americans fled the repression of the Deep South in what came to be known as the Great Migration – was a New York Times bestseller and won multiple prizes.

It is, however, one thing to write an intimate account of personal experience; quite another to blame the chronic racial and socio-economic divisions that still exist in American society, as Wilkerson does in her new book, on a centuries-old “hierarchy of caste”. To even attempt to do so with scholarly rigour would require the combined skills of a historian, sociologist, political scientist and psychologist. Wilkerson is none of these. She describes herself on her personal website as “a leading figure in narrative nonfiction, an interpreter of the human condition, and an impassioned voice for demonstrating how history can help us understand ourselves, and our current era of upheaval”. It’s a bold claim for a journalist with just two works of non-fiction to her name.

It seems even bolder as the central thesis of Caste is developed. Wilkerson’s argument goes something like this. Racism in modern America is only the visible manifestation of something much deeper. “Like other old houses,” she writes, “America has an unseen skeleton, a caste system that is as central to its operation as are the studs and joists that we cannot see in the physical buildings we call home. Caste is the infrastructure of our divisions. It is the architecture of human hierarchy, the subconscious code of instructions for maintaining, in our case, a four-hundred-year-old social order.”

The caste system, she explains, “is an artificial construction, a fixed and embedded ranking of human value that sets the presumed supremacy of one group against the presumed inferiority of other groups on the basis of ancestry and often immutable traits, traits that would be neutral in the abstract but are ascribed life-and-death meaning in a hierarchy favoring the dominant caste whose forebears designed it.” It uses “rigid, often arbitrary boundaries to keep the ranked groupings apart, distinct from one another and in their assigned places”. Needless to say, White Americans designed and maintain this system, and are at the top; African-Americans at the bottom.

To prove her point, Wilkerson discusses and compares three caste hierarchies in world history – the “tragically accelerated, chilling, and officially vanquished caste system of Nazi Germany” (hence the Hill comment), the “lingering, millenia-long caste system of India”, and the “shape-shifting, unspoken, race-based caste pyramid in the United States” – and points to shared principles “burrowed deep within the culture and subconsciousness” of each. As if this ahistorical attempt to compare apples with pears was not bad enough – with the book prompting an inevitable howl of protest from India – the author goes on to describe “the essential shared characteristics of these hierarchies” as the eight “pillars” of caste. They include inherited rank, taboos related to notions of purity and pollution, the enforcement of hierarchies through terror and violence, and divine sanction of superiority.

I had to wonder, as I read about the “pillars”, how any serious publisher could take such claptrap seriously. The answer, of course, is sales. The book ranked high in The New York Times non-fiction bestsellers, helped on its way by selection to Oprah Winfrey’s influential Book Club (a “must-read for humanity”). Wilkerson’s agenda, of course, is to destroy the so-called caste system by making people aware of it. “In a world without caste,” she concludes, “being male or female, light or dark, immigrant or native-born, would have no bearing on what anyone was perceived as being capable of.” It is, of course, a noble aim: to rid America of racism. Yet by framing her arguments in terms of a white ruling caste – and by making ludicrous, wholly unjustifiable and ahistorical comparisons with other “caste systems” – she risks inflaming the very prejudices she hopes to negate.

America still has far too many divisions: between the rich and the poor; white and non-white; indigenous and immigrants. It has, like Britain and many other countries (including plenty without a white majority), an affluent middle class that looks after its own. Social mobility for both poor whites and blacks is a major problem, as it is in Britain. But America has also come a long way from the “Jim Crow” laws of the early 1960s. If it really was in the unconscious grip of a white ruling caste, it would not have elected its first African-American male as president in 2009, and its first African-American female vice-president in 2020.