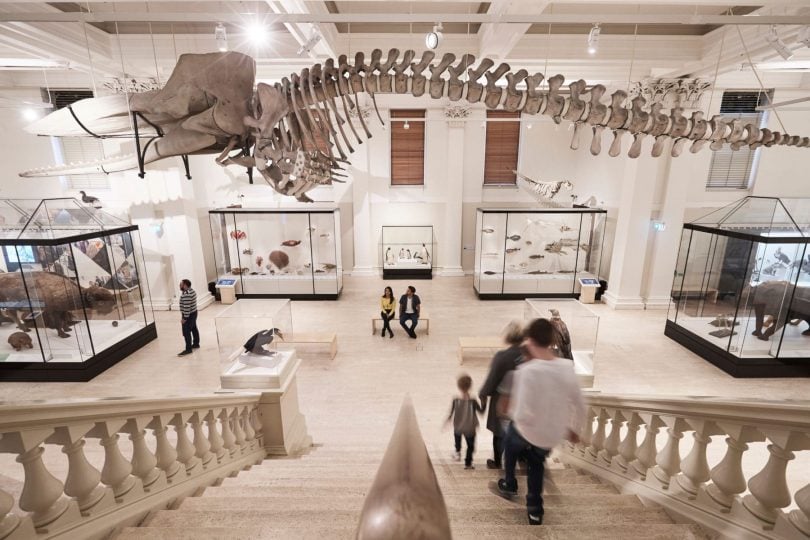 The decolonisation movement is making headway in Australia’s museums and libraries which are adopting dangerous politics which will ultimately call into question their very existence. In trying to erase the past, we erase ourselves.

Those of us who would normally undertake a yearly pilgrimage to Europe for a much-needed injection of Old-World culture, but who find ourselves imprisoned here by our own government, can be cheered by some uplifting news from the National Gallery of Canberra.  Between March 5th and June 14th, a selection of the National Gallery of London’s finest masterpieces will be on display in our nation’s capital as part of the Botticelli to Van Gogh travelling show. This is a must-see exhibition because it is not only Titian, Velázquez and Renoir coming to town this year. It is also the decolonisers.

For the uninitiated, practitioners of decolonisation want to remove all symbols and legacies of our past which they consider to have been irredeemably tainted by colonialism, and their attack on the history of Western Civilisation is manifesting in museums and libraries of the West. Once tasked with storing the knowledge accumulated through centuries of discovery, these institutions now believe that their role in society is to subject to critique all that which they are supposed to value.

Interestingly, the International Council on Museums (ICOM) is at the forefront of the movement to decolonise museums. In 2019, it attempted to force through a new definition of museums at the general assembly in Kyoto through a Standing Committee for the Museum Definition. The committee decided that purpose of museums was no longer about ‘collecting, preserving and providing access to the heritage to humanity’ but rather about ‘human dignity and social justice, global equality and planetary wellbeing.’

The Chair, Jette Sandahal, wrote that for museums to assert ‘neutrality in relation to urgent societal issues, is an abnegation of societal responsibilities.’ The committee strongly castigated museums for their ‘reticence with which museums stay away from social conflicts’ and that to focus on the ‘core concerns of inequality and human rights, globalisation, migration [and] climate change’ they should go down the path of ‘denaturalising and decolonising.’  Museums, it insisted, should reject ‘the binary hierarchies of Western rationalism’ and become instead ‘places for critical thought’ which will eradicate ‘the colonial legacies of power and wealth’ and confront the ‘privilege’ of museum visitors.

While the radical changes sought by the committee were loudly rejected by the majority of the delegates who rightly condemned the cannibalistic amendments to be as ignorant as they were dangerous, the Australian delegates took the opposite stance, enthusiastically supporting the move towards social justice and Gaia worship. It is no coincidence that one of the first committee members was Margaret Anderson, a feminist historian who is currently director of the Old Treasury Building in Melbourne and whose plenary session in Kyoto was a discussion of communities and participation, empowerment, and agency. Not to be deterred, the ICOM formed a new and improved Standing Committee for the Museum Definition at the beginning of 2020 to have another crack.

Last year, the National Gallery of Canberra made its decolonising intentions public by hiring an Assistant Director of Indigenous Engagement. It also held a conference entitled ‘Know My Name’, which was largely centred around feminism and gender equity. A panel session on the first day called ‘Alternate Histories’ sought to examine how ‘Feminist and queer histories, decolonising projects and alternate voices continue to reframe the canon of art history to present new and diversified perspectives on the past, present and future.’  The catch cry of the conference’s annual keynote address was ‘Decolonization is not a metaphor; it is an action.’ There are worrying signs too from the National Library in Canberra which has stated in its Collection Development Policy that it will no longer collect books from overseas. ‘We will significantly reduce overseas collecting that does not have Australian content.’  Over the pond, the National Library of Wellington is one step ahead, having announced that it is getting rid of more than 600,000 “foreign books” to make space for the New Zealand, Māori and Pacific collection.  This is one step away from book burning.

If you want an idea of what is in store for Australia, you just need to cast your eyes to the Norther Hemisphere. Last month, the Arts Council of Britain announced that it will be presenting a ‘decolonisation checklist’ to all 828 institutions in its portfolio, accompanied by a vague threat of fines being metered out to those institutions who fail to sufficiently decolonise. The Council need not bother with the British Museum, because it started to decolonise way back in 2017 when the museum’s current director, Hartwig Fischer, announced plans to make the museum less ‘Eurocentric’, stating that the museum should move away from telling the story of world cultures from the European point of view.

Following the death of George Floyd in Minneapolis, Fischer waxed lyrical about how the museum is aligned in ‘spirit’ and ‘soul’ to Black Lives Matter, promising to revaluate the collections in the name of inequality and discrimination. Since then, items from the ‘Reimagining Captain Cook: Pacific perspectives’ have been hastily relabelled to reflect the false narrative that the Captain James Cook invaded and occupied Australia. The bust of Sir Hans Sloane has been swiftly removed from its pedestal and placed in a glass case in the Enlightenment room, along with information about how he made his fortune from the slave trade. ‘We have pushed him off the pedestal’ boasted Fischer.

At the British Library, Chief Librarian Liz Jolly, has declared a ‘racial state of emergency’ and formed a Decolonising Working Group’ to purge the library of perceived racism. In echoes of Robin d’Angelo’s White Fragility, Jolly stated that ‘racism is a creation of white people’ and that the library is morally obliged to effect cultural change to counteract it. The working group has in its sights a painting of Mr Punch on account of its supposed connotations of ‘colonial violence’, ‘Eurocentric’ maps and its marvellous collection of western classical music. Not only are the museum’s contents deemed problematic, but also the building itself, which is said to be a symbol of imperialism because it resembles a battleship.

One of the dangers with the decolonisation movement is that it has no discernible end. Having been put into motion, it is almost an unstoppable force. It is not merely about decolonising the library or the classical music archive, it is actually about decolonising our institutions and every concept attached to these institutions. It is in fact, a rolling revolution, whose negative effects are already highly visible. Our museums and libraries must preserve our history as precious knowledge, which is to be treasured for future generations.  In trying to erase the past, we erase ourselves.

This article was first published in the Australian edition of The Spectator https://spectator.com.au/2021/03/cultural-cleansing/