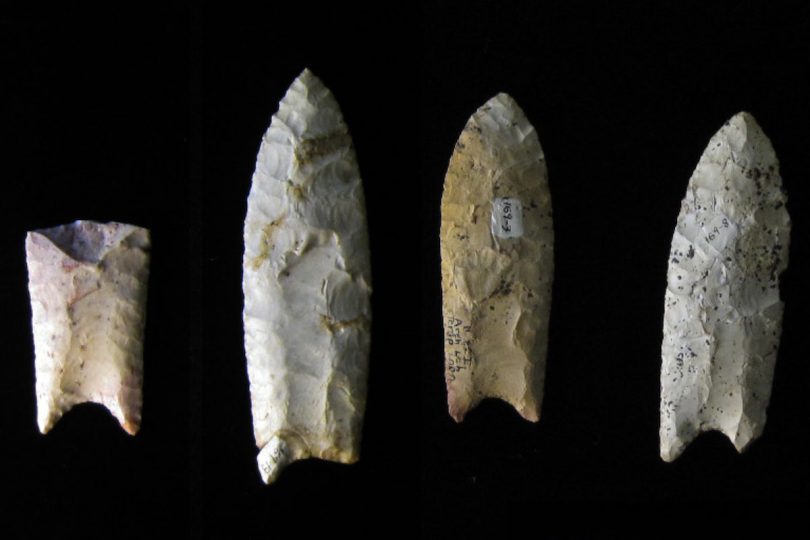 Oral traditions and creation myths are being used to require the ‘repatriation’ and reburial of ancient human remains in the United States, to the detriment of science and in defiance of the Constitution.

Our article ‘Why Is the Society for American Archaeology Promoting Indigenous Creationism?’ reviews the events surrounding the deplatforming of our talk at the Society for American Archaeology (SAA) conference, which occurred as a result of a social media campaign. Those wanting the talk cancelled argued that it was racist to criticize indigenous creationism. We pointed out in the talk that creationism is not supported by the SAA in their position statements and that indigenous creationism and Christian creationism are very similar.  Our main point was to put aside oral traditions, especially creation myths, when determining whether to give skeletal collections to modern Native American tribes for reburial. We argued that using creation myths to repatriate skeletal collections is a violation of the US Constitution’s First Amendment’s Separation of Church and State and, thus, NAGPRA (the Native American Graves Protection and Repatriation Act), the Federal law that mandates the repatriation of remains, should not allow the reburial or repatriation of human remains based on oral traditions that involve creation myths.

Our article then makes the case that reburial of human remains hinders scientific inquiry and, thus, we examine the use of skeletal collections to further our knowledge of human prehistory, increase our ability to understand bone biology, and to assist in solving crimes in forensics.  To highlight the importance of skeletal collections, we summarize three cases: Kennewick Man, the Pecos Pueblo Collection, and the Ryan Mound. The first two, Kennewick Man and the Pecos Pueblo Collection, have been reburied and are no longer available for study. For all three cases, research has been extensive and reached beyond what was first possible when the remains were excavated. Kennewick Man’s DNA retrieval was not possible in 1996 when he was first discovered, but in 2015 advances in technology enabled researchers to extract the DNA. Unfortunately, the DNA results led to the reburial of Kennewick Man, an 8,400 year old Paleoindian from Washington State, although newer DNA techniques might have reversed, reaffirmed, or refined the original findings. The Pecos Pueblo Collection, used in hundreds of studies, was reburied in the 1990s; this New Mexico agricultural sample from 1300 to 1700 AD still had lots to reveal, especially in relation to humans’ ability to survive in the desert climes. Finally, the Ryan Mound – a pre-contact California hunter-gatherer sample – has been used in over 300 studies, including those that involve understanding human evolution, age estimation useful in forensic cases, and bone biology.

Human remains, whether single individuals or large collections, never lose their usefulness, but data collected on the remains many years ago may become less useful over time when methods improve, making newly collected data and previously collected data no longer comparable. It is essential to continue to curate human remains to enable renewed data collection on previously excavated remains. By repatriating human remains, the science of the past is deterred, and the result is a negative impact on our ability to understand our humanity.