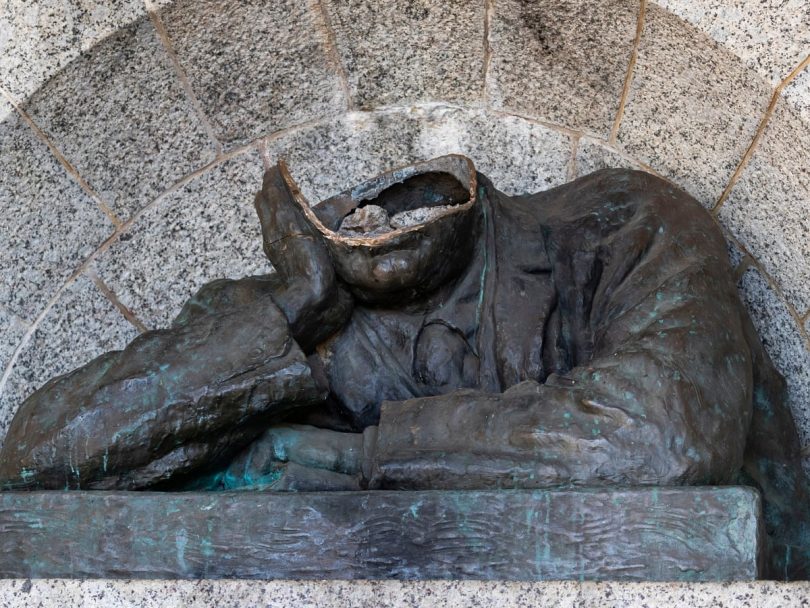 Rhodes, it seems, will not fall. In May Oriel College’s dons decided not to apply for legal permission to dislodge Rhodes’ statue from its perch above Oxford’s High Street. Their reasons, however, were pragmatic: a combination of the expense involved and the uncertainty of the outcome. In principle, they would have liked to take Rhodes down, because of what they suppose he signifies.

Yet what he signifies has little to do with the truth, either about the past or about the present. The real Rhodes undoubtedly had a morally mixed record. But he was not South Africa’s Hitler, as the Rhodes Must Fall campaign has claimed. That he did not attempt genocide against the Ndebele in the 1890s is confirmed by the fact that the Ndebele tended his grave for decades. And he had nothing to do with General Kitchener’s ‘concentration camps’ during the Boer War of 1899-1902, which themselves had nothing morally in common with Auschwitz.

Moreover, Rhodes did support a franchise in the Cape Colony that gave black Africans the vote on the same terms as whites; he helped to finance a black African newspaper; and he established his famous scholarship scheme, which was explicitly colour-blind and whose first black beneficiary was selected within five years of his death.

But none of this matters to the student activists baying for his downfall. What matters is not fidelity to the truth, but the exploitation of political advantage. The statue of Rhodes has been demonised into a totem of the colonialist mentality that allegedly feeds the ‘white supremacism’ infecting our institutions. Among these are universities, where racist prejudice is said manifest itself in the unequal representation of Black and Minority Ethnic (BAME) people among students and professors, and in the ‘eurocentric’ bias of what is taught. Pulling Rhodes down is merely the first psychological blow in the war to ‘decolonise’ the curriculum.

‘Decolonisation’ would involve admitting more BAME students, appointing more BAME professors, and increasing the quotient of BAME authors on reading lists. It would also involve correcting the national amnesia over the evils of colonialism, by promoting teaching about the history of British slavery, the historic root of the racism that reigns among us today.

Little of this makes sense. The claim that the admission of students is racially biased doesn’t survive contact with reality. On the latest figures, the BAME population of England and Wales aged 19-26 is 18.3 per cent, but the non-white student intake in UK universities is 26.2 per cent, and even at Oxford 22.1 per cent.

Moreover, 9.7 per cent of BAME academic staff are professors, only 1.4 percentage points lower than their white peers. Within BAME groups, the professorial proportion of black staff was just under five per cent, but for their Chinese colleagues over sixteen per cent—much higher than for whites. These figures do not support the claim of structural racial bias in our universities.

As for curricula and reading lists, of course it’s important to grow a graduate citizenry that is aware of the riches of non-European cultures, and knows how the history of Britain is intertwined with the history of the globe. But that’s long been happening, and if university applicants want to devote the whole of their student careers to African, South Asian, or Chinese studies, they can.

Beyond that, a ‘eurocentric’ bias in British education is entirely justified. Britain is not Anywhere. It is located in north-west Europe, has a particular history, and has developed particular institutions and traditions. It’s vitally important, therefore, that school education, and even undergraduate studies, should focus on helping budding citizens understand the cultural and political environment for which they are about to become directly responsible.

Whether they also need to have their noses rubbed in the facts of slavery, I doubt. Few Britons know nothing about it and fewer still endorse it. Most will also know that we abolished the Atlantic trade and the institution within the British Empire two centuries ago. What they probably don’t know is that British ‘colonialism’ then spent over a century in deploying the Royal Navy to stop slave-ships crossing the Atlantic and Indian oceans, and in suppressing the Arab slave-trade across Africa. Indeed, it supported action against Arab slavers in Nyasaland in the 1880s through the British South Africa Company. And guess who ran the BSAC? Cecil Rhodes.

Nigel Biggar is Regius Professor of Moral and Pastoral Theology at the University of Oxford, where he directs the “Ethics and Empire” project