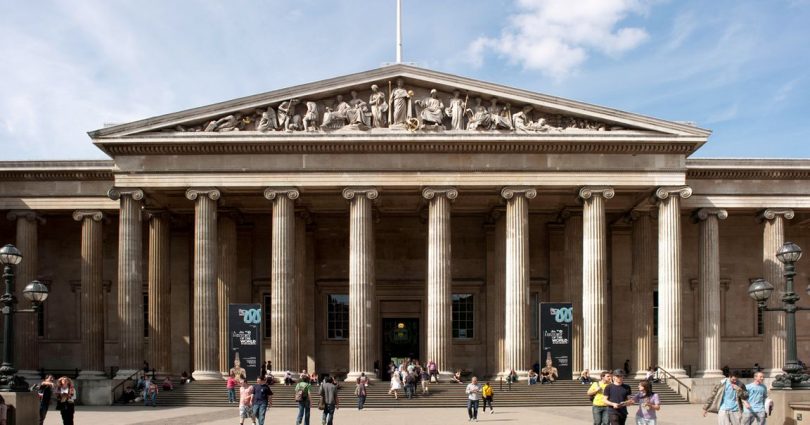 Given that little is taught in our schools, museums are major teachers of history for the millions who visit them. They therefore have a responsibility—I would have said an undoubted responsibility, except that they seem oblivious of it—to teach a history that is scrupulously accurate and balanced.

The British Museum has announced the appointment of a curator to study the history of its own collections.  On the face of it, nothing could be more anodyne.  The history of collecting has been a fashionable topic in academic circles for decades.  What sort of people collected, why, and how, tells us much about their cultural assumptions and their ways of seeing the world.  It would be mildly surprising that the BM has been so slow to catch on—except that there seems more to it than scholarly pursuit of knowledge.  While the research will indeed cover ‘wider patterns’ of collecting, the Museum announced that it is ‘likely that issues such as the role of the slave trade and empire … will be relevant to some of the research undertaken’.  Given what is happening elsewhere, I would venture to suggest that slavery and empire will probably dominate the whole project.

We have recently heard a curator of the Pitt Rivers Museum in Oxford proclaim that ‘an enduring brutality … is refreshed every day that an anthropology museum like the Pitt Rivers opens its doors’, and he backs this up with a tendentious and inaccurate book about the British in Africa.  The Victorian and Albert Museum intends to highlight how ‘slave profits have seeped into the V&A galleries’.  Jesus College Cambridge is trying to remove an artistically important memorial to one of its greatest benefactors from its College chapel; and Cambridge University has set up a commission to enquire into its links with slavery.  The National Trust has been busy pointing up connections with slavery among its many properties.  We are all aware of a general trend, overtly backed by some universities and local authorities, to stigmatise a multitude of historical figures for real or imaginary connections with slavery or the empire.  These include outstanding public benefactors such as Sir Robert Peel, W.E. Gladstone and—needless to say—Winston Churchill.

Is this wrong?  Is it not desirable (as those proposing such actions generally plead) to ‘face up to’ or even merely to ‘explain’ our history?  As a professional historian, I would naturally be all in favour.  But this is not what is being done.  Instead of explanation, distorted, decontextualized and sometimes invented accounts are pushed forward in an attempt to manufacture a guilt-laden history.  Slavery and empire are not only proclaimed to be its dominant themes, but they are said to be the matrix of today’s society and its ‘systemic racism’.  And this in what a recent study found to be Europe’s least racist country.

If the guilt is deserved, we should indeed face it.  Where it is not deserved, we should reject it, and give the true picture.  But we live in a culture of ‘alternative facts’, in which competing ‘narratives’ are regarded as equally valid, or even as only valid if they serve an approved political cause.  Consequently, prestigious cultural and academic institutions undertake propaganda exercises without feeling any need to justify them intellectually.

One can point out until one is blue in the face that slavery and slave trading were universal throughout human history until the 19th century—when it was Britain and the British Empire that did most to suppress them in the face of resistance from European, American, African, Middle Eastern and Asian slave-owners.  That was the truly significant historic event, which our diverse population would surely celebrate.  But will that prevent the British Museum, the V&A and the National Trust from insinuating that slavery was a peculiarly British crime?

What is the aim of this purposeful distortion of history?  Those responsible do not trouble to explain themselves, so one can only guess.  Pandering to the politics of victimhood?  Appeasing activist groups?  Creating a woke public image?  It is disturbing that many running our great cultural institutions seem to feel so little responsibility to the country that sustains them, or show much concern for its cohesion as a community.  Yet given the very limited exposure to history in our school curriculum, these institutions are major teachers of history for the millions who visit them, including millions from overseas.  They therefore have a responsibility—I would have said an undoubted responsibility, except that they seem oblivious of it—to teach a history that is scrupulously accurate and balanced.  They should foster understanding, not implant prejudice or inflame resentment, and never serve hidden political agendas.  Once, perhaps, this could be taken for granted.  Now, regretfully, it requires outside supervision to ensure it.  Just as those in charge of universities—to our shame—are having to be pressed to protect intellectual freedom, so, regrettably, those in charge of our cultural institutions must be pressed to show intellectual honesty, rather than indulging an inordinate appetite for virtue signalling.

An earlier version of this article appeared on Spectator Coffee House, February 2021.