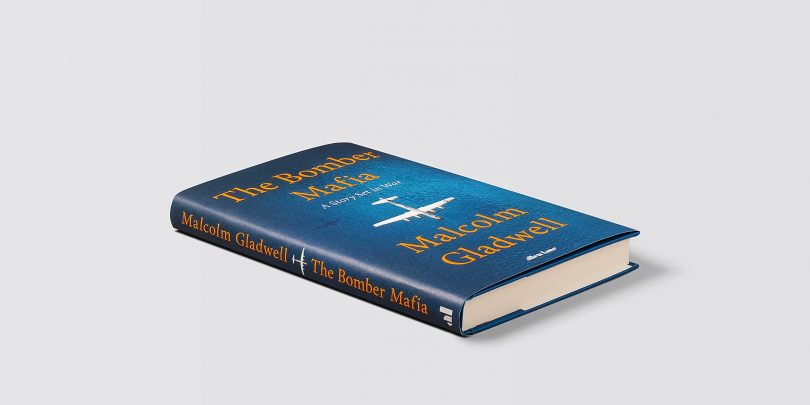 Malcolm Gladwell’s bookshelves are full of books about bombing. The author of bestselling pop science tomes like The Tipping Point is, he admits, obsessed by the subject. He adds: “Obsessives lead us astray sometimes. Can’t see the bigger picture.

Serve not just the world’s but also their own narrow interests. But I don’t think we get progress or innovation or joy or beauty without obsessives.”

He may be right about the “astray” comment. This, after all, is Gladwell’s first foray into military history and, while engagingly written, it is bedevilled by the same oversimplification of the world into a single Big Idea that is characteristic of his other work.

The two obsessives at the centre of this story are both senior American airmen: Haywood Hansell and Curtis LeMay. In January 1945, Hansell was replaced by his antithesis Le May as commander of the United States Army Air Force’s strategic bombers in the Pacific. For Gladwell, it was a fateful moment in the bomber war, the shattering of a dream and the replacement of idealism with cynicism, resulting a couple of months later in the “darkest night of the Second World War” when a good part of Tokyo was burned to the ground.

Hansell was a leading member of a group of cerebral USAAF officers known as the “Bombing Mafia” who were convinced that high-altitude precision bombing by daylight, using the new Norden bombsight, would win wars from the air by targeting an enemy’s vital infrastructure, its so-called “choke points”. If they were right, and an enemy really could be crippled from the air, the carnage of previous ground conflicts like the First World War – during which, Gladwell insists, a “million soldiers died in just one battle, the Battle of the Somme” (actually there were a million casualties in that battle, and roughly 300,000 deaths, but we get the point) – would be a thing of the past. The only problem with the Bombing Mafia’s beautiful theory is that it did not work in practice.

It was first tested out in Europe in 1943 by the UK-based US Eighth Army Air Force led by Ira Baker, another member of the mafia. But not before Baker had seen off naysayers in the RAF who had, says Gladwell, “never fallen in love with the Norden bombsight”, did not believe it was as effective as its inventor claimed, and preferred area bombing at night against residential neighbourhoods (a strategy favoured by Britain’s bomber supremo, the “psychopath” Arthur Harris). This is a gross oversimplification. In truth, throughout the war, Churchill and the RAF – notably its chief of air staff, Sir Peter Portal – oscillated in their support for precision and area bombing, only finally coming down in favour of the latter when the former was shown not to work.

A case in point was the attempt by the planes of Eaker’s US Eighth Army Air Force to destroy Germany’s ball-bearing industry at Schweinfurt in Bavaria in August 1943. The attack was planned by Haywood Hansell who was convinced that the destruction of Schweinfurt’s five ball-bearing factories would cripple the entire German war economy. In the event, 230 B-17 planes dropped 2,000 bombs, but only 80 hit their target. Why? Because, writes Gladwell, “the bombsight did not behave in the real world the way it had in Carl Norden’s laboratory or in military training films”. A total of 60 planes and 552 airmen were lost in the mission. Yet there was “no evidence”, noted the official report, had had “any measurable effect on essential war production”.

A second Schweinfurt raid was “marginally” more successful than the first, and resulted in the loss of a quarter of the force and 650 airmen. “It did more damage,” says Gladwell, “but the German aircraft industry didn’t grind to a halt that time, either. Not even close.” Eaker was packed off to the Mediterranean theatre – “the military equivalent of being sent to your room without dinner” – and the Eighth Army Air Force was, the author claims, forced to change tack and embrace area bombing. This is nonsense. The majority of its targets continued to be factories, like the sustained attack on the German aircraft industry by 1,000 bombers in February 1944 that was dubbed “Big Week”.

As for Hansell, he doubled down on his belief that precision bombing could win the war, and insisted that Schweinfurt would prove to be one of the conflict’s turning points. It was not. More importantly Hansell’s nemesis, Curtis LeMay, had come to a very different conclusion. “The plan was okay,” he said later, “basically okay, but here we are trying to find something to win the war the easy way, and there ain’t no such animal.”

In late 1944, Hansell was given a second opportunity to prove his theory as commander of the strategic force of new B-29 Superfortress bombers in the Mariana islands in the Pacific. Once again, his attempts to target the Japanese aircraft industry were a failure because high winds made it impossible to bomb with any accuracy. On one occasion, they missed the Nakajima aircraft plant and hit a hospital instead.  When Hansell was ordered to switch tactics, he refused and was replaced by LeMay who duly initiated the firebombing campaign of Japanese cities that, by the summer of 1945, had destroyed large chunks of 67 cities and cost hundreds of thousands of lives. Inexcusably, LeMay continued his campaign even after the two atomic bombs had been dropped.

In Gladwell’s binary world – precision bombing = GOOD, area bombing = BAD – Hansell is a hero and LeMay a villain. He also places in the latter camp the “psychopath” Air Marshall Sir Arthur Harris, the RAF’s chief supporter of area bombing. The war might have ended earlier, Gladwell claimed in a recent interview, had the RAF not conducted itself so “recklessly”. This, too, is well wide of the mark. You can debate the necessity of bombing mainly civilian targets like Dresden; but to imagine that the Nazis might have capitulated earlier if we had not been so beastly is cloud-cuckoo land.

Interestingly, Gladwell does not support the campaign to tear down Harris’s statue in Whitehall. He would prefer, instead, a statue of the nurse and pacifist Vera Brittain alongside it, with the latter “looking at Bomber Harris with as much venom and contempt as possible”.

He ends his impassioned if occasionally error-prone survey – the Enola Gay did not drop both atomic bombs, as he claims – on a self-satisfied note. “Curtis LeMay won the battle,” he writes “Haywood Hansell won the war.” He’s referring to the modern trend for precision bombing, made possible by technical innovation. Yet such tactics can no more guarantee victory without heavy casualties in a major conflict now than they were able to eighty years ago. Hard choices are still required, and the people who take them should at least be understood, it not admired. By using one-dimensional figures to prop up a misleading thesis, The Bomber Mafia reveals itself as history lite and yet another example of an obsessive leading us astray.