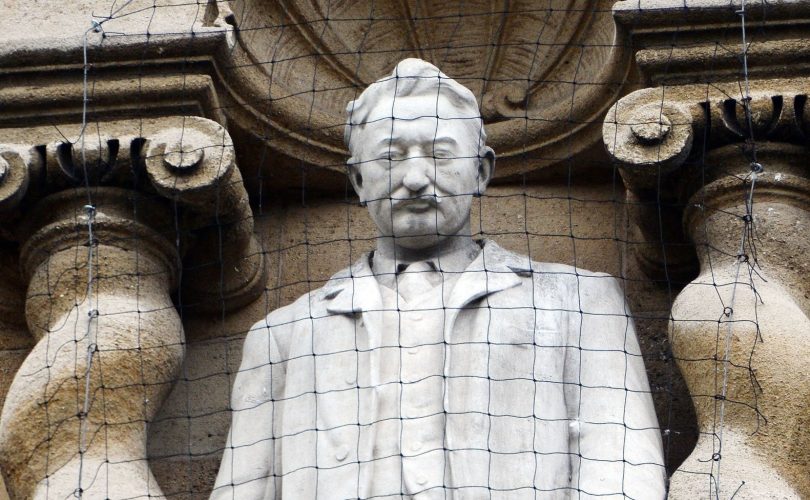 We have a long tradition of commemorating both sides in our historic conflicts: what we might call ‘symbolic syntheses’. Public spaces have been inclusive, rather than exclusive and marginalising. Oxford has long done this. So has South Africa, as when Nelson Mandela gave his name to a new Mandela-Rhodes Scholarship scheme.

In 2015, two events suddenly brought the figure of Cecil Rhodes to international prominence. “Cecil the Lion” (whose brother was called “Leander”, after Rhodes’s sidekick, Jameson – of “the Raid”) was shot by an American hunter in Zimbabwe, leading to universal mourning among conservationists on social media. The leonine connection with Rhodes largely went unnoticed, but there was no mistaking the association in the #RhodesMustFall movement of the same year, which spread from the University of Cape Town, where Rhodes’s statue was pulled down as a result of student activism, to Oriel College, his Oxford alma mater, where it focused on his hitherto largely ignored statue on the front of a building on the High Street. This amplified similar calls for the removal of “imperialist” and “supremacist” statues in Britain, the United States and Australia.

It is striking how far this worldwide iconoclasm has diverged from a long-standing if somewhat whiggish tradition of reconciling and incorporating opposing, even bloody, elements of history in a seemingly organic continuity. In much of the United States and the “Old Commonwealth”, there has been an absence of such a triumphalist “winner-takes-all” approach to statuary and symbols, at least relative to countries which have followed the example of French revolutionary nomenclature. Indeed, this latitudinarian and syncretic approach to memorials has been an essential element in ensuring for citizenry a sense that the public space is potentially inclusive, rather than politically exclusive and marginalising.

Oriel College provides an essential if largely overlooked insight into some of the key issues involved in the proposal to remove the statue, for, in addition to the central position of Rhodes, there are several other figures of alumni on the Oriel Building, including several medieval churchmen. Most telling are the statues of Cardinal William Allen, the leader of English Catholic exiles during the Elizabethan persecution, and Cardinal Newman, the pre-eminent nineteenth-century Anglican convert to Catholicism, who was compelled to resign his college fellowship due to his religious opinions. Both Allen and, more recently, Newman, would have once being regarded by many as traitors. Yet, when the building was erected in 1912 in still pre-ecumenical times, it was thought that the college could – and should – commemorate such dissident alumni. Oriel’s Rhodes Building thus graphically illustrates a central truth about historical commemoration in Oxford University, Britain and parts of the Commonwealth. Oxford hosts not only Allen and Newman, but, much more prominently, the Martyrs Memorial on St Giles, which commemorates the burning for heresy of the Protestant bishops, Thomas Cranmer, Hugh Latimer and Nicholas Ridley, and emphasises that they died “bearing witness to the sacred truths which they had affirmed and maintained against the errors of the Church of Rome”. In 2008, somewhat belatedly but unobtrusively, a plaque was erected in Holywell Street to commemorate four Catholic martyrs executed in the city in 1589. Oxford continues to have chairs of dons professing the Christian religion, reflecting the University’s medieval Catholic origins long embodied in its motto, Dominus illuminatio mea – The Lord is my Light.

Yet, at the same time, in 1995, it established the Simonyi Professorship for the Public Understanding of Science, held for the first decade by perhaps the world’s best-known apologist for atheism, Richard Dawkins. Similarly, in London, we can find a statue of the regicide republican and gory conqueror of Ireland, Oliver Cromwell, paid for and unveiled by Lord Rosebery, the former Liberal prime minister, in 1899. It faces a bust of his royal victim, Charles I, “the Martyr”, on the doorway of St Margaret’s Church where, at the time of the Restoration, the leading regicides were reburied in an unmarked pit. A short distance away, in the centre of London, we have statues of Mahatma Gandhi, Nelson Mandela and Field Marshal Jan Smuts, who fought against the British Empire before becoming a champion of the Commonwealth that succeeded it. Nearby, too, are statues of the deposed King James II and of the American revolutionary, George Washington. Surely no other former imperial capital incorporates such contradictions.

These symbolic syntheses can be found elsewhere. The famous “Blues and Royals” of the Household Cavalry are a regimental amalgamation of once-warring Roundheads and Cavaliers. In 1869, a 220-foot high monument as erected to Sir William Wallace, the 13th century Scottish hero, and has become a local Valhalla. And of course, this phenomenon is centrally embodied in the established Church of England, which asserts itself as being both catholic and reformed and in continuity with the pre-Reformation church, thus seeming to relegate the Catholics who have retained the allegiance of their ancient predecessors to the position of a “foreign” congregation.

Oxford, in microcosm, mirrors this tradition of accommodating conflicting legacies of history, a principle Mandela accepted when he agreed to lend his name to a new Mandela-Rhodes Scholarship scheme to provide for African postgraduates, and donned a Springbok rugby jersey at the 1994 World Cup, in order to detoxify the brand, and championed the new national anthem that amalgamated “Nkosi Sikelelel’ iAfrika” with the previous anthem, “Die Stem”. In 1998, the Town Clerk of Bulawayo, himself an ex-guerrilla, echoed this conciliatory approach in his opposition to a proposed disinterment of Rhodes’s body from the nearby Matobo Hills, stating that “only the Taliban destroys history – I am not the Taliban”.