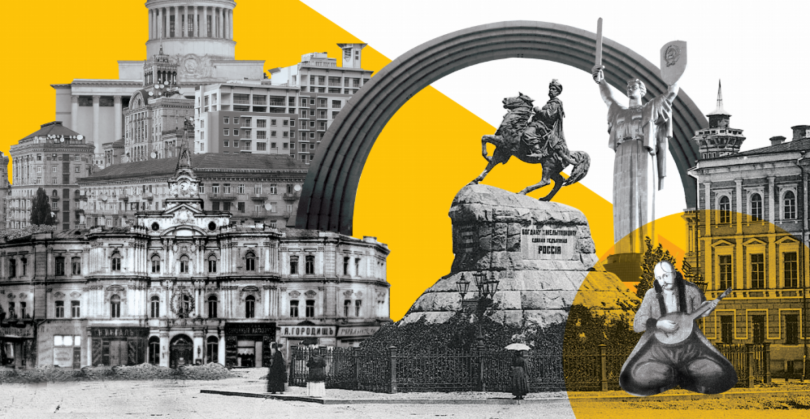 The epic in Ukraine sheds light on the great tragedies of the last century. Reflection on past and present may give some insight into both.

Mighty Russia, superior in numbers, armaments and economic power, has failed not only to defeat but even to make major inroads into Ukraine during eight weeks of invasion.  Yet in only five weeks in 1940 Germany occupied most of Western Europe, sent a well equipped British army into headlong flight, and crushed France, which had seemed Europe’s strongest military power.  At the time, this was put down to a new way of fighting – blitzkrieg – and an assumption of crushing German superiority in numbers and technology.  But this is myth.[1]  The German army improvised desperately from a justified perception of inferiority: they realized Britain and France would win a long war.[2]  They used methods familiar from 1918.  So why their victory, and why the Russian army’s contrasting failure?

In 1940, every European state was divided internally, and mistrustful even of its allies.  Everywhere there were political factions opposed to war.  They were motivated by fear and sometimes by grudging admiration of fascism as preferable to communism.  As the Germans advanced, antiwar groups, some combining elements of Right and Left, willingly took power and ‘collaborated’, enabling Germany to hold and exploit its enormous gains.  Today, in distasteful echoes of the 1930s, familiar voices on the extreme Right and the ‘woke’ Left blame the crisis on the West, and even drag in the British empire (in what has been aptly called ‘the anti-imperialism of idiots’) to assert that we are no better than Putin.  Then and now the aim is to demoralise and divide public opinion – doubtless with the clearest of consciences.  So far they have had little impact, and certainly by comparison with the disastrous 1930s the democracies are fairly united and determined, and even laggards such as Germany are being carried along with the flow.

Perceptions count.  The Nazi regime had succeeded –through newsreel propaganda, the Nuremburg rallies, ruthless involvement in the Spanish civil war, and the shameful Berlin Olympics – in creating an image of irresistible dynamism and modernity that exaggerated its real capacity.  It was both terrifying and impressive — even attractive to many.  The historian John Lukacs recalled how impressed many boys were in the late 1930s by the sight of fit young Nazis touring central Europe on motor cycles.

Progressives bitterly opposed rearmament and blamed the West for fascist aggression.  The Labour leader Clement Attlee declared ‘Do not compete with the fascists in arms and they will not rearm.’  Many decried liberal democracy as decadent and weak.[3]  Some discovered virtues in dictators (Hitler, a senior Labour figure proclaimed, was a peace-loving vegetarian[4]).  Realists of all political shades hastened to bow to what seemed the inevitable.  Hence ‘appeasement’ and the abandonment of Czechoslovakia, the Ukraine of its day.  Then in 1939, nothing was done to aid Poland, although the Germans had left their western flank almost unguarded.  Many Western politicians had white flags handy long before fighting started.

What a contrast with the patriotic determination of the Ukrainian people, which has rallied the peoples of the West to their support.  I admit, like many, I assumed that they too would flinch in the face of Russian power, and that some collaborationist government would emerge to rubber-stamp Putin’s dictat.  But even the cynical Russians have not managed to produce a puppet regime.  Where have the Ukrainians found this courage?  Would we today manage to equal it?

How much, nevertheless, depends on a few individuals, as in 1940?  Had Volodymyr Zelensky not found the Churchill touch, or had he been eliminated, could resistance have rallied so effectively?  Britain in 1940 might easily have quailed.  Appeasers tried to sideline Churchill and ask Mussolini to broker a deal with Hitler.  As Churchill feared, that would have been morally devastating: ‘we should find that all the forces of resolution … would have vanished’.[5]  French soldiers were fighting on until Marshal Pétain called over the radio for an armistice.[6]  Had a Ukrainian government even hinted at surrender – perhaps one day we shall know what happened behind the scenes — would its people have resisted?  Leadership matters.

Putin’s Russia is neither as frightening nor as attractive as Hitler’s Germany was.  No one sees it as the wave of the future.  However much the West may worry about its own political and moral shortcomings, we are nowhere near as divided or intimidated as in the 1930s.  So unlike Neville Chamberlain at Munich, when British threats of abandonment stopped the Czechs from defending themselves,[7] Boris Johnson, to his credit, backed the Defence Secretary Ben Wallace against powerful voices in Whitehall (so insider rumour has it) in providing Ukraine with vital weaponry in the nick of time to stop the Russian armour and defend Hostomel airport.  This marked the rapid end of Putin’s blitzkrieg.  But if not, and the Russians had taken Kyiv, as the Germans took Paris?

The Russian army has not yet recovered the initiative.  It flounders around in First World War conditions.  Should we be surprised?  Russian power has been exaggerated for more than 100 years, and especially since its army successfully fought the Wehrmacht – its only great victory of modern times.  This still influences the way the world sees Russia, and provides the laurels on which its nationalism and militarism rest.  The feats of the Red Army were talked up by Communist admirers in the West.  The belief that it was the Russians who defeated Hitler became widely accepted.  But recent research shows that the Eastern Front was secondary to the German war effort.  It was stripped of resources and especially of air cover to fight the vital battles against British and American air raids and then the Allied advance after D-Day.[8]  Around 70 percent of all Germany’s fighter planes were in the West in 1943-44, and home air defences absorbed over 900,000 men – far more than defended Stalingrad.  The Red Army triumphed over a severely weakened enemy, using huge numbers of often terrorised soldiers as cannon fodder in a low-tech conflict.

Their victory was disfigured by mass rape of German women, violence against civilians and looting.  This was to some extent explained away as regrettable but understandable revenge for Nazi atrocities in the East.  But again today in Ukraine?  Moreover, similar crimes were committed in 1914 when the tsar’s army marched west.  There must be a deeply ingrained culture of brutality in the Russian army, with officers who either do not care, or condone or even encourage war crimes by undisciplined and unmotivated men.

Hitler’s Panzers could have been stopped by a more resolute and skilful defence in 1940.  Hitler himself feared this, temporarily sacking the dashing General Guderian for going too fast.[9]  He would not have survived a military setback in a deeply unpopular war.  But the Panzers were not stopped.  So Hitler became politically unassailable and gained nearly five years to wreak havoc.  It looks as though the world, thanks to Ukrainians, has been spared a wider Putin rampage.  If we are lucky, other potential aggressors will take note.

A shorter version of this article was first published in the Daily Telegraph.