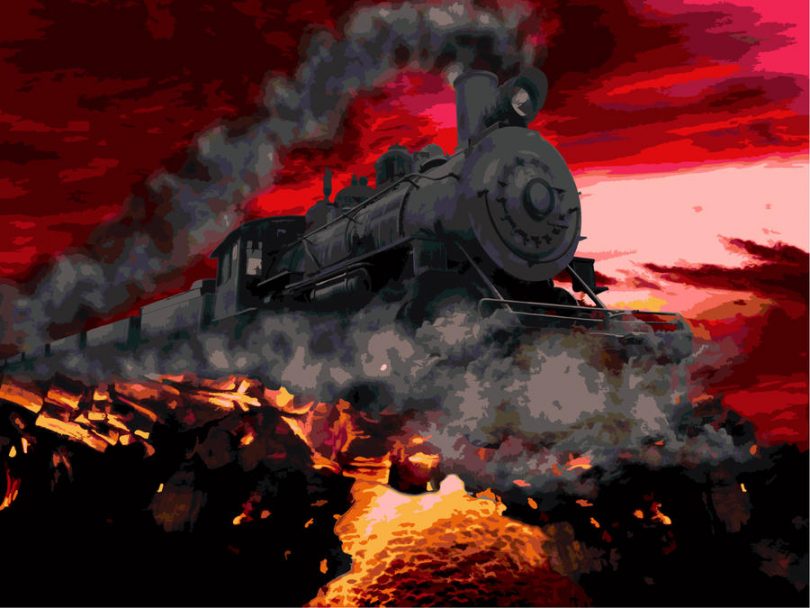 Almost whenever the British Raj in India is mentioned, the construction of the vast railway infrastructure pops up. But were the railways a good thing? Or, as many polemicists state, just another aspect of colonial oppression?

Shashi Tharoor is an Indian politician and a popular author known for his polemics on British rule in India. His book Inglorious Empire (2017) was a Financial Times Book of the Year, it attracted much attention and a wide readership, and his conclusions are frequently cited as authoritative.  Tharoor repeatedly points to the railways as just another instrument by which Britain plundered India:

The Indian railway system was a big colonial scam. British shareholders made absurd amounts […] the government guaranteed returns on capital of 5%… […]an extravagantly high rate of return those days, [..] only because the government made up the shortfall from its revenues, [..] Indian, and not British […]

Closer inspection paints a completely different picture. His claim misleads by omission. The part about the guarantee is true. If guarantees were a vehicle for extraction, we would expect a higher financial return from investing in 5% guarantees compared to other railway securities with less generous guarantees. Or to put it into wider perspective, if colonialism led to extractive railway policies then we would also observe higher financial returns obtained from Indian railway securities compared to other countries, especially those not under colonial rule. It just isn’t true.

We’ve known for a while the realised rates of return were much lower as per Michael Edelstein’s calculations.

Newer research again confirms this. “The average annual total return […] was 3.7%. These returns [..]not excessive […] were lower than the return on railway securities in North America, Latin America and Asia”.

Having removed the charge of profiteering, part of Tharoor’s claim still exists, namely that Indian railways weren’t built for the people but solely for British capitalists and the army. Setting aside the fact that “railroad tycoons” in the USA prove that the profit motive existed in independent countries too, a survey of the scholarly literature shows that Tharoor is again incorrect.

The rail infrastructure had a vital effect on the market for grains.

Here we turn to Dr McAlpin’s monograph. What does it say? She shows that certain lines were constructed to move grain quickly and cheaply from areas of surplus production to areas wanting. The volume of local railborne trade in grains and pulses increased enormously between 1880 and 1920. Railways along with other measures, as Professor Tirthankar Roy has noted, caused the end of peacetime famines and delivered the gift of life to generations of Indians born after 1900.

In a widely cited recent paper Burgess and Donaldson confirm her findings. They found that the ability of rainfall shortages to cause famine disappeared almost completely after the arrival of the railways.

Donaldson drew the same conclusion in another article published in 2018, where he found that apart from reducing the cost of trade, inter regional price gaps, increasing trade volumes, real agricultural income in a district [where railways were introduced] rose by approximately 16%.

John Hurd points out that 19 million passengers rode the trains in 1871. This increased to exponentially more than 1 billion in 1946! Hurd calculates the cost. India had a poor system of transport before the railways. The cheapest, most popular transportation system (in non riverine areas) were pack bullocks.

Tharoor’s mistakes are not isolated nor can they be chalked up to mere errors of interpretation. Popular polemical works like his are sadly taken seriously and repeated uncritically by a diverse coalition despite the obvious problems that plague his arguments.

Hira Jungkow is a student in economics at the London School of Economics. His parents are Indians who fled Uganda during the reign of Idi Amin, and came originally from East Bengal.  He is fluent in Hindi and Bengali.