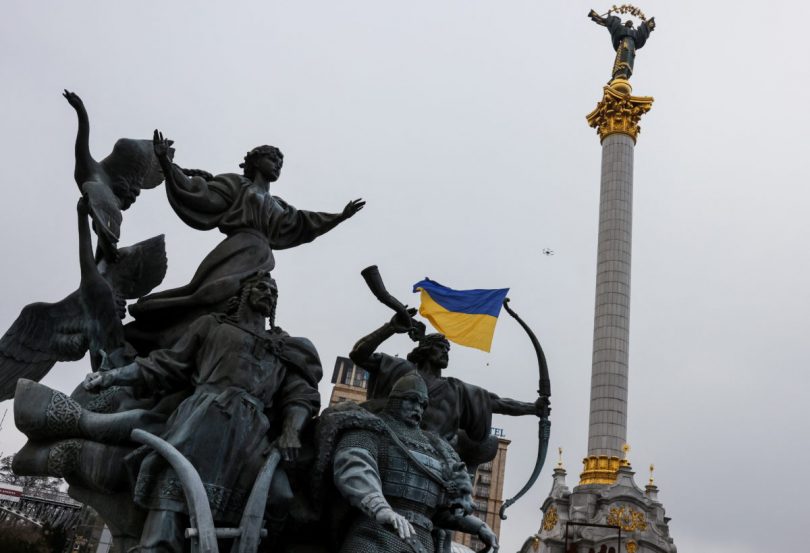 The distortion of history has rarely in modern times had such sinister aims as in the violent subjugation of Ukraine. Putin and his supporters propagate a version of history that denies Ukraine and its people a historical identity.

The Royal Institute of International Affairs (Chatham House) published several months ago a very perceptive and now doubly relevant report entitled Myths and misconceptions in the debate on Russia.  Two of its chapters discuss Russian historical claims on Ukraine.  First, that the Ukrainians are really Russian, and hence have no genuine independent identity.  Second, that Crimea was not really part of Ukraine, but was (and that its people wished to be) part of Russia.  As we have seen in recent weeks, precisely these claims have been put forward to justify Russia’s aggression.

Below are extracts from this report, with links to the full texts.

‘The peoples of Ukraine, Belarus and Russia are one nation’,

[…] It is historically inaccurate to claim that Russia, Ukraine and Belarus ever formed a single national entity. After Kievan Rus’ fell to the Mongol invasion in 1240, the Muscovite princes considered themselves the sole rightful heirs of the Kievan legacy. This perspective turned into an official ideology of the Russian Tsardom from the mid-1500s onwards, once it started expanding into a continental empire. One of the key premises of the triune-nation myth is that the people living on the territory of what Russian historiography would later call ‘Little Russia’ (Malorossiya) and ‘White Russia’ (Byelorussia) merely constituted ethnolinguistic sub-groups agglomerated around an imagined Greater Russia.

This amounts to denying that Litvins and Ruthenians in the western part of Kievan Rus’ belonged to the Grand Duchy of Lithuania, a powerful multinational state which, at its height in the 14th century, controlled most of present-day Lithuania, Belarus, Moldova and Ukraine. The Grand Duchy declined and was gradually Polonized, however, as a result of matrimonial unification with the Polish Crown. This culminated in the establishment, in 1569, of a confederal Republic of Two Nations (also known as the Polish–Lithuanian Commonwealth), which was eventually partitioned by neighbouring empires 200 years later.

The triune-nation (mis)conception thus ignores the intrinsically European foundation on which the Ukrainian and Belarusian national self-identities have been built, before these ‘lands in between’ were conquered by Russia in the late 18th century, Russified in the 19th century and Sovietized in the 20th century. In spite of Moscow’s attempts at cultural appropriation, the Grand Duchy of Lithuania was in fact a more genuine inheritor of the former Kievan Rus’, having transplanted the latter’s legal code into Ukrainian and Belarusian societies, and having kept an old version of Belarusian as its official state language.

The idea of a triune Russian nation thus downgrades the uniqueness of the indigenous cultures which developed in the western reaches of the Tsarist empire, and notably overlooks their specific linguistic (Ruthenian) and religious (Catholic and Uniate) components […].

For the full report, see

Crimea has been in Russian hands for only a fraction of its history. If unchallenged, the Kremlin’s fiction that Crimea willingly and legitimately ‘rejoined’ Russia risks further undermining Ukraine’s territorial integrity and encouraging other expansionist powers.

What is the myth?

This myth holds that Crimea was always Russian, and that its seizure by Russia in March 2014 simply rectified a historical injustice. As this myth also has it, reaccession into Russia was also a genuine act of self-determination on the part of the people of Crimea – who, after all, are majority ethnic Russian and Russian speakers – through a ‘referendum’.

From the outset, the Russian leadership portrayed the annexation of Crimea as the long-awaited and rightful ‘return’ of the peninsula to its proper home. According to the Russian president, Vladimir Putin, ‘… in the minds of people, Crimea has always been and still is an inseparable part of Russia’.148

[…] Less than 6 per cent of Crimea’s written history (from the 9th century BC to date) belongs to the Russian chapter. Before 2014, Crimea was under Russian control for a total of only 168 years.157 In fact, Russia is just one of several powers that have aimed to dominate the peninsula. At the dawn of its history, Crimea was a Greek land. It later developed at the intersection of different civilizations and empires. Until the mid-15th century, the peninsula was a space of unique cohabitation between the Khanate of Crimea, Genoese colonies on the coast and the Principality of Theodor (Byzantium) in the southwest. Thereafter, the khanate expanded and became, for over 300 years, a dominant power as a protectorate under the Ottoman Empire. Crimea was an Orient in miniature, with a Turkic-Muslim culture.

Russia invaded Crimea in 1783, as part of a westward expansion seeking control of the Mediterranean and the Middle East.  […]

Crimea’s final chapter before its 2014 annexation by Russia was as the Autonomous Republic of Crimea (ARC). A part of independent Ukraine and the only self-governing region within unitary Ukraine, the ARC had its own constitution, prime minister and parliament. Although the Crimean constitution protected the special status of the Russian language, the ARC supported Ukraine’s independence (during the referendum of 1991 on Ukraine’s independence from the Soviet Union, 54 per cent of Crimea’s residents had voted for an independent Ukraine, including 57 per cent in Sevastopol). […]

For the full report, see: