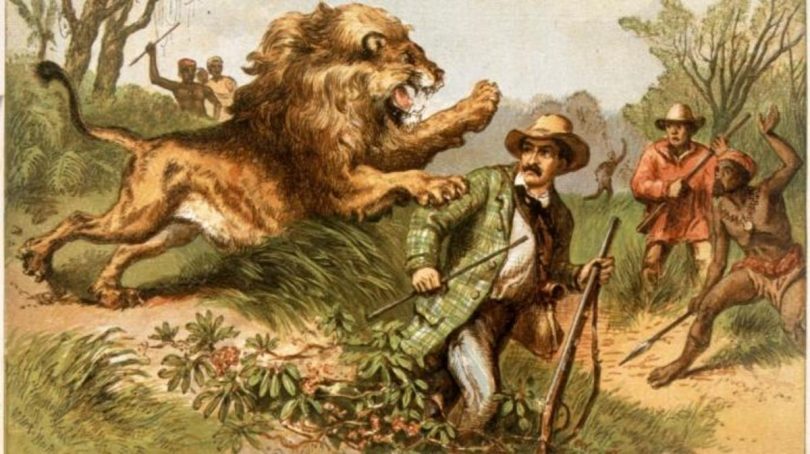 When a genuinely good man, one of Scotland’s most famous abolitionists and a working class hero, comes under attack for supposed links with slavery, we are not dealing with questions of historical accuracy but with a status-orientated class war directed against Western values.

Glasgow City’s newly released report, ‘Slavery and Atlantic Commerce’, seeks to focus ‘on individuals (almost exclusively men), many of whom were residents of Glasgow and its associated towns and rural hinterlands, and who were involved with Atlantic slavery between c.1603 and 1838’. Just released but commissioned after the rise of the BLM movement, it identifies Scotland’s list of sinners ‘memorialised in civic space’ and linked to slavery, no matter how tenuously.

How did David Livingstone, arguably one of Scotland’s most famous abolitionists, end up on Glasgow’s iconoclast topple list? This ‘rag to riches’ hero made it his life’s mission to help end the horror of chattel slavery. However, as a ten-year-old boy, he had worked in a cotton mill owned by Henry Monteith, one of Glasgow’s most important cotton manufacturers. The report notes that Livingstone was insufficiently critical of his employers. The wages he toiled for were “provided by Scottish cotton manufacturing which was itself dependent upon Atlantic slavery economies”.  Moreover, the mill where the hands of the boy Livingstone spun cotton ‘paid relatively high wages to its workforce’. At 19, he had the audacity to be ‘promoted to a cotton-spinner which funded his education’.

Much is made of the seeming endless virtue signalling of our cultural and political institutions. Still, the more profound question is what purpose do these constant bouts of self-flagellation serve where they even suck in moral giants such as Livingstone?

My reading is that the new politics of race, slavery and decolonisation is part of a more profound collapse in the moral confidence of western civilisation. Its story of moral certainty, sin, guilt and deconstructive redemption casts the lumpen deplorable, gammons, Brexiteer “racists,” and so on as beyond the pale. The new politics of race and ‘decolonisation’ are not about delivering social justice but are part of a broader status-orientated class war.

Our progressive academic, media and high cultural priests signal their high-status opinions with thinly disguised contempt for those that cling on to antiquated notions such as patriotism, pride in one’s history or any sense of national unity. This deconstruction through moral repudiation releases our priests from allegiance to the nation. Their moral sensitivity in bringing light to bear on victimisation and grievance where it may not be apparent becomes a touchstone of their identity. The politics of race and decolonisation is, in fact, a psycho-political script that reinscribes their moral authority. In a technocratic system where being wise is the credentialed pathway to power, virtue is no longer signalled through one’s actions but having the ‘correct’ opinions and policing those that have the wrong ones.

In an earlier age, these forms of cultural decadence by our institutions could be tut-tutted away. Perhaps shamefully, we too easily shrugged at the excesses of cancel culture, the triumph of feelings over reality and the creeping illiberalism eroding free speech. However, in Russia’s war in Ukraine, de-globalisation and an increasingly assertive China, it is increasingly clear that the Western-led liberal international order is in grave peril.

For too long, liberal institutions have propounded a dogma whose ‘end of history’ progressivism has rested on a post-war institutional settlement based on a Western hegemony that is now in deep flux. The West must rediscover its sense of purpose and confidence to counter these highly illiberal states that may well usher in a new ‘dark age’ of techno-authoritarianism.

It is now a civilizational imperative that we move beyond the decadent ‘wokery’ that has become so hardwired in recent years and re-learn a belief in ourselves to conserve fundamental values such as freedom, equality and our shared humanity.  Freedom and human dignity are not universal norms but contingent and fragile, and it was these values that Livingstone drew upon in his noble mission to end slavery. It is a shame that Glasgow’s report did not recognize this fundamental truth.

A shorter version of this article appeared in the Daily Telegraph.

Doug Stokes is Professor & Head of Research and Development, Strategy and Security Institute (SSI), University of Exeter; The Thomas Telford Associate Fellow, Council on Geo-Strategy; and an advisory council member of the Free Speech Union.