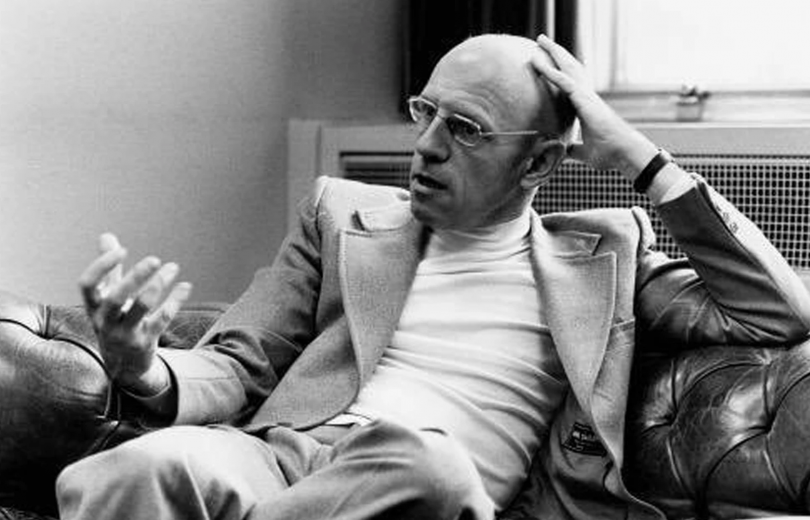 The omnipresent term ‘deconstruction’ now always has a disparaging nuance, creating an utter confusion between ‘norms’ and ‘oppression’, replacing actual description with prejudice, and making way for a conception of society itself as something that should be condemned in principle.

In January 2022, I took part in a conference at the Sorbonne, entitled “Après la déconstruction, reconstruire les sciences et la culture”, which featured philosophers, sociologists, historians, mathematicians, and various renowned specialists to describe the current trends at work against traditional epistemology in the new ‘woke’ paradigm.

The outrage was such that the conference was targeted by dozens of articles, even in the mainstream press, to incriminate the speakers as ‘fascists’, ‘old people’, ‘macho’ and dismiss them as simply ‘bloody stupid’. In France, déconstruction has become de rigueur if you’re undertaking any research project. It’s also an untouchable battle cry that proclaims the moral virtue of anyone using it. Attacking its relevance, pointing its connection to the radical questioning of culture, or showing its inadequacies simply isn’t done. Hence the anger at the Sorbonne conference.

What is French about ‘French Theory’?

The commonly used phrase French Theory is supposed to summarize the intellectual background of postmodernism. It is not a little surprising to describe a corpus of ideas by such an adjective since its purported Frenchness remains fundamentally selective. Not only is the term French Theory fairly loose, it also serves the purpose of defining only a certain set of philosophical positions. It is not a little shocking that of all the French historians, philosophers, linguists, and sociologists who have produced massive scholarship over the past 60 years, only a handful should have been acknowledged as worthy of being included.

What French Theory actually describes is only a specific ensemble of thinkers: in fact, those who took a ‘revolutionary’ stance, supporting Marxist regimes or being deemed compatible with them. But certainly, not all French thinkers are inclined to lean that way. While Louis Althusser, Alain Badiou, Jean-Luc Nancy, Etienne Balibar, Deleuze, Derrida, Lyotard, Foucault, Lacoue-Labarthe are always extolled, many others have been overlooked. These include alternative thinkers such as Vladimir Jankélévitch, Raymond Aron, Jean-Claude Milner, Daniel Sibony, Shmuel Trigano, Pierre-André Taguieff, François Rastier, Alain Finkielkraut, Marcel Gauchet and many others. They do not benefit from the same attention and although they have written dozens of important works they have rarely been translated into English.

What is ‘French’ about the ‘theory’ is the language and its alien status in the English-speaking world. As a linguist and translator, I have read and sometimes even reviewed the translations of those texts into English. I have always been amazed at those translations—mistakes in meaning, over-interpretations and stylistic obscurity made me wonder what anyone could get from thinkers whose texts were already cryptic enough in their original language.

The obscurities, puns and metaphors are so puzzling in the originals that they barely amount to actual demonstrations. “Deconstruction” is a case in point since even its supporters have trouble explaining it. What is certain is that it has become a byword claiming depth of thinking and moral superiority since deconstruction is, supposedly, a way of finding hidden meaning and perspective, deciphering the world and unveiling hitherto unknown power—as if Cartesian doubt and scientific methodology were not already doing that. And yet, as Derrida himself said, deconstruction is not a method and you cannot say what it is:

As Derrida cunningly rejects the possibility of using the verb to be as ontologically false, deconstruction eschews any definition. From a linguistic point of view such a claim is simply absurd: “S is P” is not an ontological statement but a predicative clause where the verb is used as a copula. The predicative function is basically what enables one to say anything about anything—it is certainly not a philosophical shortcoming. Poetic mystery might have some relevance in literature and philosophy but not when it becomes institutionalised doctrine.

In fact, deconstruction has become a self-serving, politically-minded argument against society itself. Its many incarnations include decolonizing, gender studies, race studies, minority studies—‘deconstructing’ obviously entails a strong fault-finding bias in whatever subject is tackled. Rather than studying the intricate factors that make society, these incarnations indicate methodological prejudice since they always imply the unearthing of hidden ‘oppressions’.

The repetitive nature of this approach is rather puzzling: whatever the field, whatever the time and place, oppression is the only finding that this mode of thinking is capable of discovering. Even the word ‘systemic’ has become an imputation of blame. Whereas norms are the very definition of social life, which social sciences (in a broad sense) aim to study, deconstruction seems to make it its mission to undermine rather than describe those norms. Its outlook has taken on a disparaging nuance, allowing the utter confusion between ‘norms’ and ‘oppression’, replacing actual description with prejudice, making way for a conception of society itself as something that should be condemned in principle. Of course, intersectional is another term positing domination as the essence of social life. The Marxist foundations of such a point of view are hardly hidden.

The Gramscian fight for cultural hegemony is reaching a climax thanks to the modern rewording of its hostile ambitions. By claiming to be on the side of ‘critical social justice’, activists effectively create a polarised field where anyone opposing them is presented as an enemy of ‘social justice’. This moral browbeating depends on high-sounding words. It is intellectual extortion based on nothing but a rhetorical trick: using egalitarianism, social progress, justice and all the core values of the West against the West itself while safeguarding the rest of the world, including dictatorships, from deconstruction.

Thus the cultural bedrock of the West, based on liberal attitudes, critical thinking and democracy, is taken over by its enemies. All it takes is the polarised exploitation of connotations: using the word ‘decolonising’ in a symbolic and hyperbolic way enables a display of altruism—even if actual decolonisation happened a long time ago, and even if the word now is actually a racial euphemism demanding the suppression of ‘whiteness’. Capitalising on the axiology of concepts allows arguments to be built on moralisation and not on a scholarly review of facts.

The French Society for Commonwealth Studies recently changed its name to Postcolonial Studies (SEPC, formerly Société d’Étude des Pays du Commonwealth, now Société des Études Postcoloniales). The shift may have been subtle but it tells a significant story: colonisation that took place in the past has become the paradigm used to study the present. And since colonisation is no longer a descriptive term but an ideological one, adopting it entails adopting its implicit narrative. The one-sided view of ‘colonisation’ that is now prevalent erases any colonisation that does not point to the West as culprit. It is as if slavery, colonisation, domination and wars had never existed in the world but at the hands of the West.

Linguist Jean-Claude Milner[2] described the stratagem of appropriating virtue to win an argument as based on ‘masterwords’—terms that grant you the power to vanquish your opponent. As instruments of power, deconstruction, decolonisation, intersectionality, critical, gender, racism, patriarchy, justice, transphobia are part of that linguistic weaponry.[3] Not only do they have a talismanic effect, showing that those who wield them have the moral high-ground, but they also create a warped view of society devoid of any possible middle grounds.

The binary bias that postulates and castigates ‘race’ and/or ‘gender’ domination discredits them as actual concepts. Far from being instruments of knowledge enabling the analysis of social facts, they have ended up as slogans whose aim is purely destructive. The prefix de- is code for militancy gone radical— de-constructing, de-colonising, de-gendering translates as cancellation, as intimidation, as identity politics, as censorship, as the end of pluralism.

Critical scholarship has gradually gone from analysing the underlying structures of society to claiming the authority to denounce and the power to transform society.[4] Instead of advancing knowledge, unveiling unconscious structures has become a destructive end in itself. Anything that seems to question established norms is considered valid for its intended dismantling effect. ‘Progressive’ thinking is disruptive thinking. It is also a fairly mechanical affair: deconstruction turning into a trite attack against anything past or structural. Some authors can thus claim that wine is not inclusive, that wheeled suitcases were opposed by the patriarchy, that pronouns prevent equality, or they view St Eugenia (who in legend wore men’s clothing) as a transactivist,[5] and consider ‘the anus as a field of democratic experimentation’.[6]

Such conjectural history or extravagant claims are now mainstream academic fare—‘studies’ are replacing history, sociology or linguistics. Claims and interpretations are replacing facts and data. I called mytheologies those biased factoids promoting an ideological agenda, creating myth to support their claims, selecting the juicy bits of history on a whim and, ultimately, writing an alternative narrative by ignoring comparison or contrary facts.

Now deconstruction has reached its lowest intellectual ebb. As a rallying cry supposed to cure society of stereotypes, it is used as a divisive tool to alienate people from their own cultural roots. Its basic tenet is that since Western history is evil, the whole of Western culture is contaminated. Thus reinventing the concept of original sin, this belief has become dogma. Its underlying theological conception cannot be countered by facts alone because it provides the followers with a self-centred satisfaction. Self-righteousness dictates that you should point the finger at those less deserving and thus entails a radicalised and agonistic view of intellectual debates.

Paradoxically enough, faced with the postmodernist mobilisation of ‘French Theory’, France is holding up rather well. The attacks against its cultural fabric sound hollow as they try to pass off French cuisine as ‘white supremacy’. The accusation of ‘islamophobia’ does not seem to catch in a country that voted to keep the Catholic Church in its spiritual place in the famous law of separation of Church and State in 1905. And after all, the constitutional motto ‘liberté, égalité, fraternité’ is surely woke enough already.