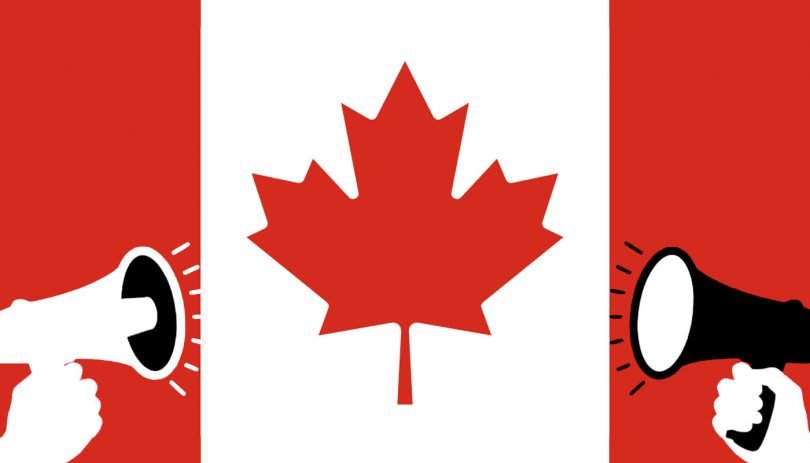 History is essential in understanding policy and in measuring its successes and failures. But weaponizing history in a search for scapegoats does nothing to explain the decisions of the past or to fix the problems of the present. It only sours the goodwill to maintain a fruitful dialogue.

On Oct. 24, Jean Chrétien, the former prime minister of Canada (1993-2003), was invited to promote his new book on one of Québec’s most-watched television program, Radio-Canada’s Sunday night Tout le monde en parle. After light chat about a number of issues, the conversation turned on the merits of political experience and using history as a guide to policy-making. Guy A. Lepage, the host, asked Chrétien for his insights on a few current issues and then broached the subject of Indian residential schools. “We can’t rewrite history,” Chrétien said, “terrible things happened.”

“I imagine you were not aware,” Lepage offered, “how did you react?” Chrétien answered that the topic was never raised while he was minister of Indian Affairs from 1968 to 1974 — a portfolio to which he was genuinely committed both professionally and personally (he and his wife Aline adopted an Indigenous boy from the Northwest Territories). Chrétien then volunteered that he lived in a residential school for most of his youth and had known terrible hardships. The interview continued on other topics.

Chrétien was immediately criticized for being insensitive about comparing his boarding school to the residential schools and for not knowing the reality of indigenous lives while he was the minister responsible. Reporters and commentators asked pointedly what Chrétien knew about residential schools and when he knew. His work as minister in that era was also put into question when a handful of letters sent to him in the early 1970s were brought to light. It was quickly revealed that those letters reported only isolated incidents which were, in turn, quickly investigated by the Department of Indian Affairs. However, CBC Television (what passes for “public” television in Canada) made it a lead item on one of its broadcasts, making it sound like a sensational coverup. Other media took a similar approach. That was unfair to Chrétien personally and to the central argument he was trying to make — that public policy must be informed by historical experience and knowledge

For example, later, when he was prime minister, he relied on his mentor Mitchell Sharp to give him insights on what the Canadian government’s policy history had been on a variety of issues. Sharp was given an office next to the PM, and worked for $1 a year (Sharp never cashed the cheque, Chrétien joked, “though he was Scottish.”  Canadian humour, eh?)

What’s important about this affair is that it shed light on how history has become weaponized today.

Chrétien — out of concern for measuring consistency and change in policy-making (and as a lifelong reader of history) — wanted to know what had been done before. His consultation of history stood in stark contrast with the new weaponization of history: Where were you when such a thing happened decades ago? Are you not guilty of complicity if you did not react the way we would in the 21st century? This is the logic that has unjustly stained the reputation of Sir John A. Macdonald, Egerton Ryerson and Henry Dundas recently. They were civil officials who were eminently successful because they were in harmony with the standards and expectations of their societies

In his recent book “Seen but not Seen”: Influential Canadians and the First Nations from the 1840s to Today, historian Donald B. Smith demonstrated vividly how leading citizens in a wide variety of fields were simply unaware of Indigenous hardships. The reality is that most Canadians were not aware of the tragedies of Indian residential schools until the late 1980s. The last school was closed in 1997 under Chrétien.

The media – always so ready to point fingers – were no better than the politicians decades ago at uncovering the truth about the schools. A search of the ProQuest database of Canadian newspapers and periodicals starting in 1968 revealed the first stories about abuses in residential schools appeared in 1988. There was no mention of the Assembly of First Nations arguing for change and redress in those 20 years. When then-prime minister Pierre Trudeau reassigned Chrétien to another ministry, it was Indigenous leaders who asked the prime minister to keep Chrétien on the file. These realities are not reported today.

The Sinclair report on Truth and Reconciliation made only two mentions of Chrétien in its 2015 report. The first described Chrétien’s positive response to the Indigenous community when he agreed to withdraw the government’s controversial 1969 white paper that would have abolished the Indian Act. The second was a particular concern around the transfer of a residential school to the Blue Quills Native Education Council, again at the behest of the Indigenous community.

In a recent interview, Brian Mulroney (Prime Minister of Canada from 1984 to 1993) also said that the abuses at residential schools did not really come to his attention while he was the Progressive Conservative prime minister from 1984 to 1993. The only reference in the TRC report to his time in office relates to the 1990 Oka Crisis that was triggered by a dispute over a proposed expansion of a golf course on land west of Montreal that was long ago a First Nations burial ground. That plan was cancelled.

Residential schools were simply not on the priority list of decision-makers in the 1970s and 1980s, nor were they on the radar screen of Indigenous leaders. When Pope John Paul II made a special visit to Fort Simpson in 1987 to meet with Indigenous leaders, not one word was said about residential schools. The official communiqué to the pope by the Dene Nation and four national aboriginal organizations instead emphasized the hardships caused by disease and resource development.

History is an extremely useful instrument in developing awareness. It is essential in understanding policy and in measuring its successes and failures. Properly used, it can be the essence of intelligence. But for history to flourish as more than a mere detailing of past events, it requires the irrigation of civil discourse and a certain measure of generosity between interlocutors. Chrétien sought that with Sharp, and I think he showed remarkable skill in doing so.

Politicians, militants eager to score points and journalists, however, actively work against intelligence in their never-ending and misplaced efforts to find easy scapegoats. Their weaponization of the past does not help anyone understand the contexts in which decisions were made and does nothing to fix the problems of the present. It does accomplish one thing, however: it sours the goodwill to maintain a fruitful dialogue.

Patrice Dutil is professor of politics and public administration at Ryerson University in Toronto. His latest work is The Unexpected Louis St-Laurent: Politics and Policies for a Modern Canada (UBC Press). He is the co-host of Witness to Yesterday, a podcast on Canadian history. This article is slightly adapted from a version that first appeared in Policy Options, a Canadian magazine/website.