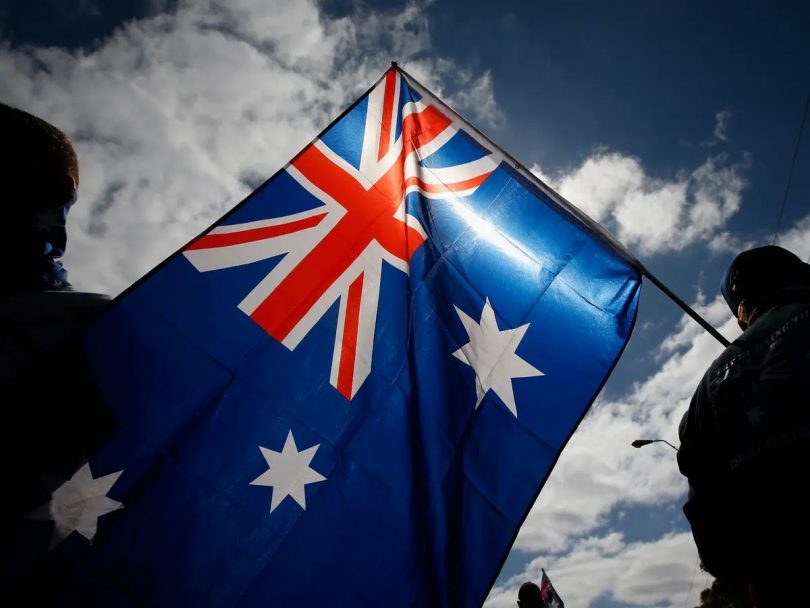 The teaching of History in Australian schools has become a battleground for the hearts and minds of Australians. Under the watch of a supposedly centre- right government in Australia, legions of school children are being turned against the modern state of Australia by history teachers who harbour a profound suspicion and hatred of the values and institutions of Western civilisation.

Among the myriad of lies currently being fed to the young and impressionable is the story that the arrival of the First Fleet in 1788 marked the beginning of a long and brutal colonisation, and that the Indigenous population of Australia is still coming to terms with what is often referred to as an invasion and resulting genocide. This profoundly negative narrative tells all non-Indigenous Australians that they should be ashamed of both Australia and being Australian. It requires that the living apologise for the supposed sins of the long since deceased, thus encouraging Australians to live in a perpetual state of unassuageable guilt.

This, along with the message that nothing positive has taken place since British colonisation, is written into the history syllabus of the National Curriculum which has been compulsory for all students to Year 10 in both government and non-government schools since 2011. Since its inception, the curriculum has been criticised for being ideologically driven and hostile to legacy of Western Civilisation, choosing instead to emphasise Indigenous history and ‘knowledges’ over explaining why it is that Australia is a successful liberal democracy, complete with the rule of law, freedom of speech and equality before the law.

The proposed history curriculum relentlessly insists that the main features of Western civilisation are imperialism, colonisation and slavery. In a Year 9 subject entitled ‘Overview of the making of the modern world’ students will identify and describe ‘the effects of the movements of peoples on colonised peoples, such as dispossession, disease and destruction of traditional society and culture.’ Meanwhile, in a unit on the Industrial Revolution, students will be asked to consider ‘whose ideas and voices from the past are studied in history, and whose are left out, such as the First Nations Peoples of Australia and the Americas; enslaved people, including African slaves in the Americas and Caribbean; women and children in relation to imperialism and colonialism.’

The British are of course, continuously cast as imperialist invaders. In ‘Movement of Peoples (1750-1901)’ students will investigate the ‘effects of the movement of peoples on the First Nations Peoples of Australia and other indigenous and immigrant populations, such as displacement, disease and destruction of cultures and language’. The colonisation of Australia is framed as the ‘destruction of cultural lifestyles and the frontier wars’ with students required to consider ‘how the impacts of colonisation are viewed as invasion from the perspective of many First Nations Australians’ and the ‘the effects of colonisation, such as frontier conflict and massacres involving First Nations Australians, the spread of European diseases and the destruction of cultural lifestyles.’

This draft curriculum has not been approved by the government, and nor should it be until there is some semblance of balance. As it stands, the history syllabus has been composed by ideologically- driven Humanities graduates. They believe that the establishment of Western values, transplanted from Britain in the institutions of Australia and other Western countries, does active harm to non-Western and Indigenous people. History does not interest them, or at least, the past is only useful in that it can be used to cast colonisation as a contemporary problem of immense urgency which must be resolved before society can be completely just.

The danger of course, is that this version of Australia’s history has profound repercussions on society.  If a country’s citizens are repeatedly told that they are invaders who have no right to be here, can we expect them to commit their lives, energy and loyalty to building the country? It should come as no surprise that Australians, especially those who have most recently been through the education system, are becoming increasingly reluctant to celebrate Australia Day or do something as simple as to fly an Australian flag. What is more, if Australians believe that Australia is essentially racist and founded on injustice, what motivation could they possibly have for defending it? The conflict in the Ukraine has raised a very serious question about whether Australians would be prepared to take up arms to defend their country in the event of an invasion.  Several commentators have speculated that many of the younger cohort might well not. If the history curriculum is anything to go by, they might well have a point.