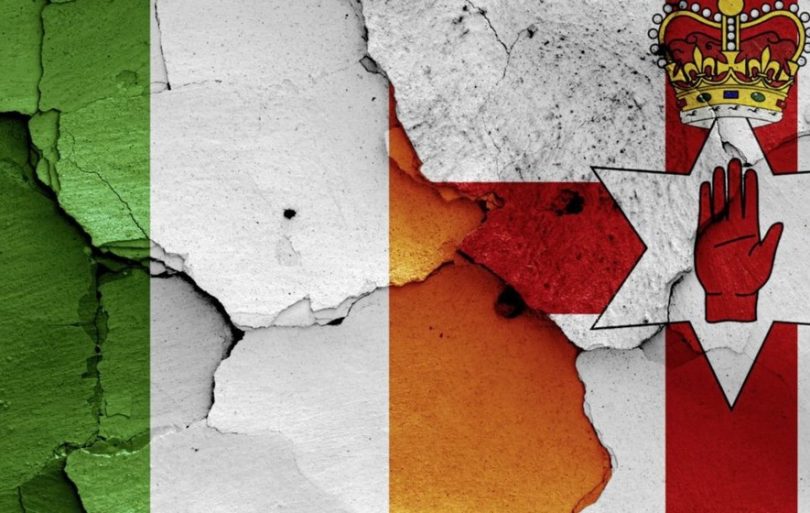 In few parts of the world have emotionally charged narratives about the past been more divisive and dangerous than in Ireland. In recent decades, accusations of official discrimination in Northern Ireland in the access of Catholics to social housing have been accepted as a key part of the history of the Troubles. Basic historical analysis suggests this is another myth .

In a BBCNI TV discussion a couple of years ago I said that statistics from the 1971 census of population showed that Catholics were over-represented in social housing in Northern Ireland after 50 years of unionist rule. Leader of the Social Democratic and Labour Party, Colum Eastwood, who was also on the programme, said this was “rubbish”.  I said that he could check the census figures like anyone else, but the issue was left at that.

This nicely illustrates the problem with any discussion on past discrimination in Northern Ireland.  Accusations of discrimination, and more general abuse of civil rights, formed the backbone of sympathy for the nationalist cause among neutral observers, and of antagonism to the unionist case. Some have used a belief in widespread discrimination as at least a partial justification for 30 years of terrorism by the IRA. Nationalists comprehensively and unfairly won the late 1960’s propaganda battle over discrimination and are understandably keen never to re-open debate on what really happened.

The accusations remain important in political terms because nationalists persuaded the world that they were greatly discriminated against in housing, employment and voting. Unionists were strangely inert in face of accusations they should have known were greatly exaggerated. Part of the political problem was the anti-intellectual nature of political unionism, with little effort put into gathering and analysing data or arguing their case, with the temporary exception of  David Trimble’s leadership of the Ulster Unionist Party [UUP]. Famously, the UUP failed to make any submission at all to the 1968 UK Government’s Cameron Commission on the causes of the disturbances in Northern Ireland. As Lord Bew has written ‘Cocooned in their devolutionist shell the Unionists found it particularly difficult to explain themselves to the London political elite’.

Allegations of discrimination in housing have a long history in Northern Ireland but they first came to more than local prominence in the civil rights campaign in the 1960s. The civil rights movement began with a campaign against the mis-allocation of housing by Dungannon rural district council, an area of 25,000 people. The campaign was led by Conn McCluskey and his wife, two local doctors who formed the Campaign for Social Justice in 1964 in the Wellington Park Hotel in Belfast. The charge of discrimination achieved a tremendous boost in 1968 when two Catholic families requiring rehousing in a neighbouring area squatted in empty houses in in Caledon, County Tyrone, one due to be let to a single protestant about to be married. A short sit-in by Stormont politician and (later southern government minister) Austin Currie led to the incident becoming widely reported internationally, and it came to symbolise the abuse of civil rights by unionist authorities in Northern Ireland.

The resulting picture of widespread discrimination in housing painted at the time was (and still is) widely believed, including by a significant number of Protestants. It is, however, untrue, as can be clearly seen in the 1971 census of population taken in the dying months of the 50-year unionist rule from Stormont.

In that year there were 148,000 social dwellings in Northern Ireland, of which between 45,000 and 55,000 were occupied by Catholic families (depending on what is assumed about the religion of those who declined to answer the religion’ question in the population census of that year). We can see immediately that the idea that there were few houses for Catholics is completely wrong. In fact, Catholics had a disproportionately large share of social housing. Catholics comprised 26% of households but occupied 31% of social housing. Forty percent of Catholic families were in social houses compared with just over 30% of Protestants.

This picture had been confirmed by a major survey undertaken in 1968 by an American professor based in Glasgow, Richard Rose, in his authoritative book Governing Without Consensus.[i] The survey covered a very wide range of political and social issues and included a section on housing conditions. Professor Rose discovered what was later confirmed by the 1971 census, that is, that Catholics had a disproportionately large share of social housing. The advantage to Catholics was very marked in Belfast, which had a unionist council (19% of Catholics were in social houses compared with 9% of Protestants), and in areas with nationalist councils (39% of Catholics compared with 15% of Protestants). Elsewhere, Catholics and Protestants got an equal share of social houses. Professor Rose’s conclusion was that there was ‘no evidence of systematic discrimination against Catholics. The greatest bias appears to favour Catholics in areas controlled by Catholic councillors’.

Professor Rose controlled for the possibility of differing needs for local authority housing. He showed that Catholics did not get more local authority houses just because they were poorer. In fact, Catholics fared distinctly better than Protestants irrespective of income.  He divided the population into six income groups and found that Catholics had a higher share in 5 of the groups, i.e. at each level of income Catholics were advantaged.  Protestants had higher average family incomes (I estimate 17% higher from Rose’s data) and this would lead to a higher share of Catholics in social housing (adopting the reasonable assumption that poorer people got more social housing).  However, the Catholic share was higher than might be expected on the basis of incomes alone, as Rose showed.

Discrimination in employment may have played a role in the differences in family incomes but probably not much. The large Belfast engineering companies which had religious imbalances in employment accounted for only 7% of the workforce and had declining employment. The large under-representation of Catholics in the high-paying security services was a matter of preference by nationalists and intimidation by republican paramilitary groups (although this was changed by reforms brought in under the Good Friday Agreement including an IRA cessation of violence).

The reason for the Catholic advantage was likely to have been the larger family size of Catholics — in most housing allocation systems in the UK larger families receive priority — a practice formalised within the Northern Ireland Housing Executive from its inception in 1971. Prior to the establishment of the Housing Executive, it is possible that large Catholic families did not receive as much priority as the (much less common) large Protestant families. For families with six plus children (78% of which were Roman Catholic) Rose reported that there were 12% more Protestants than Catholics in local authority housing.

The problem of housing allocation was predominantly one of allocation of local authority houses by around six of Northern Ireland’s 69 (often tiny) local authorities. These local authorities, mainly in border areas, allocated the few houses they built on the basis of likely voting propensity and hence this was a form of gerrymandering to maintain unionist electoral dominance. This could lead to long waits to be rehoused (as in Caledon) but, as the census figures showed, it did not lead to Catholics being denied housing. Most state-owned housing was in any case built and operated by the NI Housing Executive rather than by local authorities, and this body received no accusations of discrimination.  The difficulties facing local authorities when one community had larger families than the other were shown by an experiment in nationalist Downpatrick with parallel housing lists to avoid almost all houses going to Catholics. This was discontinued when the council found itself allocating houses to single Protestants while large Catholic families were waiting.

Once the system was reformed in 1971 with the introduction of the NI Housing Executive, all allegations of discrimination ceased. Importantly, the new system made no real difference to actual housing allocations. Twenty years later the 1991 census showed Catholics remained over-represented in state-owned housing to the same degree as at the end of the old Stormont regime. Little had changed in aggregate.  In the most recent census (2011) Catholics remained over-represented in social housing but now by only a small amount. One factor has been the convergence in family sizes. Catholic families, which were formerly 35% larger than Protestant families were by 2011 only 14% larger.

Professor Tom Wilson of Glasgow University wrote in 1989 that ‘the charge of discrimination directed against unionist policy has been repeated so often and with such total assurance that its validity now appears to be widely accepted without evidence, as though it had been fully substantiated as to have made any further presentation of the evidence no longer necessary.’[ii]

The facts on housing have been known for 50 years with a number of analyses since then, most recently in the new book The Idea of the Union by Professor JW Foster and Dr W B Smith[iii]. But once established, myths about the past are difficult to dislodge.

Graham Gudgin is an economist at the Centre for Business Research, Judge Business School, University of Cambridge.  He was a Special Advisor to the First Minister of Northern Ireland 1998-2002