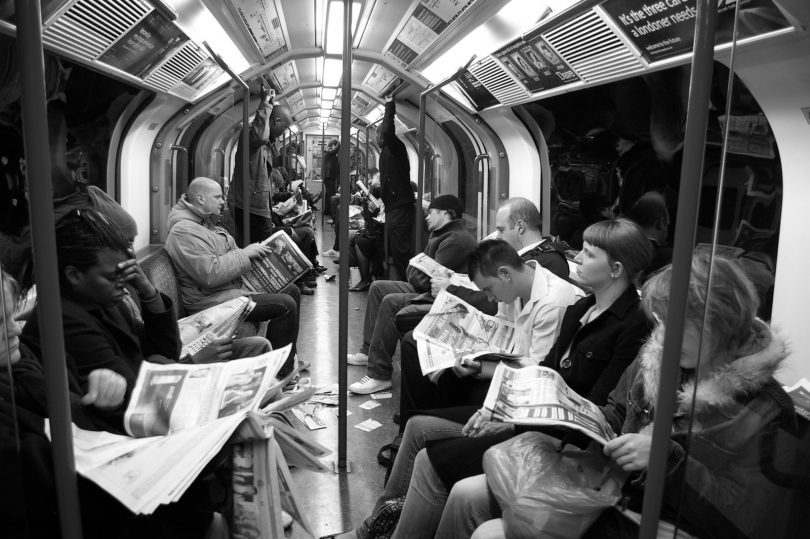 In a liberal political system, a free press plays a major role. Nowhere has this been more so than in Britain. But radical critiques casting newspapers as tools of capitalism have become accepted in Journalism, Cultural and Media Studies, and are used to weaken press freedom. This serves neither democracy nor students.

While Britain’s rulers lived in terror of those Boyd Hilton calls ‘the mad, bad and dangerous people’ of England[1], the state deployed laws prohibiting seditious and blasphemous libel to prosecute criticism of the social order. And, when juries proved reluctant to convict, newspaper stamp duties were applied to suppress radical titles that promoted democracy and the rights of man. After the Battle of Waterloo, a range of illegal newspapers emerged to promote such radicalism to working-class audiences. Government repression enhanced their popularity. Only after Britain had endured the European year of revolutions in 1848 with constitution intact did parliament take seriously the possibility that a free market in newspapers might help educate working-class opinion away from revolutionary politics.

The experiment worked. When, in 1882, W.S. Gilbert and Arthur Sullivan penned the lyric ‘Every boy and every gal that’s born into this world alive is a either a little Liberal or a little Conservative’[2] they might as well have been writing about newspapers. High quality mass circulation newspapers that promoted representative democracy and imperialism soon dominated the market. The Daily Mail sold 397,215 copies of its first edition on 4th May 1896. By 1902 it had achieved the largest newspaper circulation in the world.  By the spring of 1900, the Daily Mail faced competition from the Daily Express.

These newspapers justified their journalism by reference to the liberal theory that had secured for the British press complete freedom from state censorship. Although it was very profitable, their reporting was more than a commercial product to be sold for profit. In common with elite counterparts such as The Times, Daily Telegraph and Daily Chronicle, the popular newspapers insisted they were servants of democracy. By informing the growing electorate about current affairs they helped voters to make informed choices at the ballot box. Mass circulation newspapers were servants of the public sphere[3], the realm in which citizens engage in debate and reflection about the policies and practices of their elected leaders. Their journalism had a quasi-constitutional role as a watchdog on the government[4]. It spoke truth to power and in doing so held power to account. Indeed, through their understanding of and sympathy for their readers, they insisted, they were better able to reflect popular concerns and priorities than the serious, elite titles.

In his 1978 essay, The Fourth Estate: the reappraisal of a concept[5], George Boyce satirised these claims which had survived two world wars and three Royal Commissions largely unperturbed. Fourth Estate theory was invented to add ‘lustre to a sordid profession’. News was no more than a commodity and newspapers businesses like any other. They existed to generate profits not to perform any constitutional role. Mass circulation titles served the interests of the press barons and their powerful friends in business and politics. They ignored the needs of the masses.

Boyce’s critique and those of affiliated colleagues, amongst whom James Curran[6] has achieved prominence, inspired many followers. Their radical critique of mass market journalism underpins newspaper scholarship in the disciplines of Journalism, Cultural and Media Studies. In the twenty first century it has been used to attack the enduring political and media consensus that, despite its imperfections, the liberal/fourth estate explanation of newspapers’ purpose remains valid and central to the working of British democracy.  Its supporters have laboured to end the consensus that in the UK any state involvement in the regulation of newspapers would restrict their capacity to function as bulwarks of our fundamental freedoms.

This separation between fourth estate and state is additionally important in the UK because British democracy is distinctive. Here, executive and legislature are not legally separate as they are in the United States and other constitutional democracies.  Ministers sit in the House of Commons and lead a parliamentary majority. This gives them distinctive power to ensure their legislation succeeds; a level of executive power that is absent in otherwise comparable democracies. This power is held in check by the courts and the press. Statutory regulation of British newspaper journalism would create a constitutional anomaly: parliamentary authority over titles the electorate relies upon to scrutinise parliament[7].  Lord Justice Leveson’s intriguing effort to elide the distinction between statutory and non-statutory regulation failed intellectually because it could not square this circle[8].

In the nine years since Leveson’s recommendations were set aside, concern about online discourse and the malign power of the social media giants has assumed prominence and discussion of newspaper ethics has diminished. This refocusing of attention has postponed discussion of an important question: did the radical critique on which Leveson’s argument relied too heavily fail for tactical reasons or is it intrinsically flawed? The Hacked Off campaign and supporters of Impress ‘the UK’s officially recognised press regulator’[9] continue to advance the argument that state or official regulation is in the public interest. Newspapers ranging from The Guardian and Daily Mirror on the left of Britain’s representative democracy to the Daily Mail and Spectator on the right remain united in opposition.

I suggest that this unity between rivals is explained by the intellectual poverty of the radical critique. Despite its influence in new academic disciplines, it is substantially less compelling than the fourth estate idealism it deprecates and ridicules. To grasp the reasons for its weakness we must revisit its origins.

Given their almost complete replacement, the short-lived popularity of the radical, unstamped newspapers might have remained a minor topic in early nineteenth century English history. Indeed, until the early 1970s this was the case. Then, it was adopted by historians anxious to promote ideas of their own. For pioneers of the radical account of newspaper history such as Boyce and Curran, the temporary success of titles such as Henry Hetherington’s Penny Papers for the People and the Northern Star offered evidence that the workers will choose socialism if its attractions are not hidden from them.

Sadly, in their view, the popular titles which entirely replaced the radical press did more than hide its attractions. By attracting working class readers, they seduced millions of men and women away from the alleged glories of revolutionary politics and made them dupes of liberals, conservatives and democratic socialists committed to seeking power via parliamentary elections. The problem with this is that there is scant evidence that these readers were seduced. Indeed, the sales of national newspapers between 1900 and the present day suggest that millions buy newspapers that serve the parliamentary system deliberately and voluntarily.

In a free market, newspapers of the centre and right dominated the sales charts for most of the twentieth century. In May 1940, when Mass Observation (MO), the innovative and ambitious social research organisation, produced its ‘Report on the Press’, it found: ‘almost everybody reads newspapers, whether regularly or irregularly, thoroughly or cursorily’[10]. During the Second World War, the left-wing Daily Mirror, Sunday Pictorial and Daily Herald sustained mass circulation as did the liberal News Chronicle. Briefly in the 1940s and 1950s these bold, campaigning newspapers went toe-to-toe with their conservative rivals the Daily Express and Daily Mail. But, despite their sometimes savage criticism of ministers, which in 1941 united in censorious fury a conservative Prime Minister, Winston Churchill, and his Labour Home Secretary Herbert Morrison[11] these titles never endorsed revolutionary politics. They did not do so because the market for such ideology was vanishingly small, as consistently tiny sales of the Communist Daily Worker – subsequently the Morning Star – confirm.

The radical critique depends on the theory of ‘false consciousness’ developed from Marxism by Georg Lukacs[12] and refined by Herbert Marcuse.  It assumes millions of working Britons bought and still buy popular, mass market newspapers because they do not recognise their own best interests. The magical evil of capitalism disables their ability to recognise inequality, oppression, and exploitation.  I prefer the evidence that Britons enjoy the blend of news, sport, entertainment and gossip brought to them by their newspapers and now by their newspaper websites.

This in turn poses the question: why does the radical critique retain a prominent role in academia? The increasing domination of the academy by a strand of ideology that makes little impact at the ballot box offers a large part of the answer. The tactical silence of those in universities who prefer centrist Labour, liberal or conservative government also plays a part. And while the radical critique remains dominant, the interests of students of media studies are poorly served. Editors choose to employ as journalists graduates with good degrees in English literature, history or politics and postgraduate training accredited by the National Council for the Training of Journalists.

[8] Brian Leveson, An Inquiry Into the Culture Practices and Ethics of The Press (HMSO, 2012)