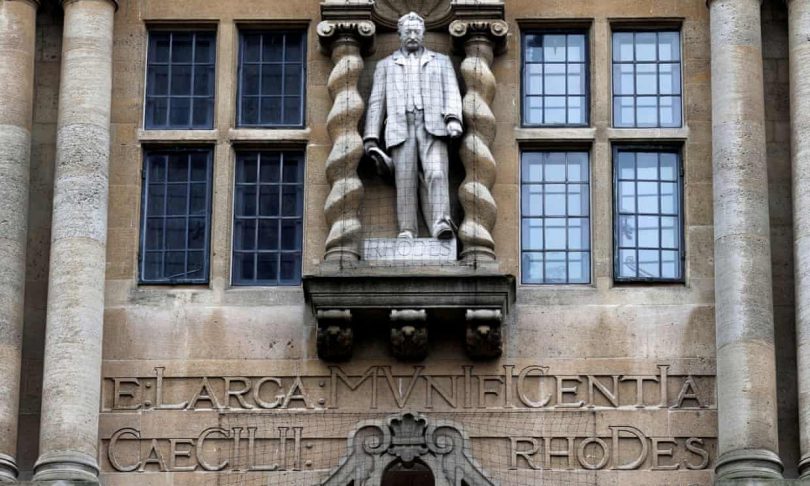 Cecil Rhodes has recently been the subject of heated controversy, not least in Oxford. Professor Nigel Biggar argues here that the judgment expressed by Professor William Beinart does not do justice to the subtle and morally mixed truth about Rhodes.

The Black Franchise and ‘segregation’

The 1890 ‘invasion’ of The Ndebele Kingdom

The Means of War

The BSAC’s Rule and The Appropriation of Land

[4] The assumption prevailed in that the qualified franchise was not withdrawn from black Africans before South Africa acquired the status of a dominion in 1910 and, with it, effective independence in domestic policy. Up until then the Afrikaner Bond sought on several occasions to restrict the black franchise—with limited success, according to Farai Nyika and Johan Fourie (“Black Disenfranchisement in the Cape Colony, c. 1887—1909: Challenging the Numbers”, Journal of Southern African Studies, 46/3 [2020])—but they never sought simply to abolish it. In 1936 the South African Parliament passed the Representation of Natives Act, which removed black voters in the Cape from the common voters’ roll and placed them on a separate roll, allowing them to elect only three members to the House of Assembly. The Act also provided for four indirectly elected white Senators to represent black people all over the country. Qualified coloured voters in the Cape remained on the common roll. In 1959 the Promotion of Bantu Self-Government Act turned traditional tribal lands into eight independent African states or ‘Bantustans’ and abolished the right of black Africans to vote in elections to the South African Parliament. In 1968 the Separate Representation of Voters Amendment Act abolished the remaining parliamentary representation for coloured people. In 1970 the Black Homeland Citizenship Act assigned Africans citizenship of their Bantustan, while removing their citizenship of South Africa.

[5] Rotberg, The Founder, p. 618. The proposed legislation referred to here was the 1899 Parliamentary Registration Law Amendment bill. While it is true that, in promoting what would become the 1894 Glen Grey Act, Rhodes supported a certain disenfranchisement of black Africans, he did so, not for racist reasons, but as a political compromise designed to promote reconciliation between Briton and Afrikaner.

[13] This is a controversial point. Some biographers assert that by the word ‘race’ in his will Rhodes had in mind the distinction, not between white and black, but rather between British and Afrikaner. Certainly, it was the conflict between the latter that preoccupied him for most of his life. However, in 1896 two things happened to change his focus. First, his involvement in the abortive coup d’état in the Transvaal—the infamous ‘Jameson Raid’—destroyed his credibility in the eyes of the Afrikaners, and with it any possibility of playing conciliator between them and the British. Second, after he had made peace with the Ndebele later in the same year, he told a companion that prosperity in southern Africa depended on establishing “complete confidence between the white and black races”, and he vowed to make building that one of his main aims. After 1896, therefore, Rhodes was much more conscious of the conflict between whites and blacks. That is one reason to think that the word ‘race’ in his will does not refer simply to the distinction between British and Afrikaner. There are two further reasons. One is that the July 1899 will was drafted in England, where the word ‘race’ referred to ethnicity in general, and, without explicit qualification, cannot possibly be understood to refer to Afrikaner ethnicity in particular. The other reason is that this is how the first Rhodes Trustees understood the word. In 1907 the question of awarding a Rhodes Scholarship to an African American arose. Some Trustees were averse, fearing that white Scholars from the southern states of the USA would not appreciate being presented with a black confrère. Nevertheless, the Trustees felt bound by the terms of Rhodes’ will not to permit colour to disqualify a candidate. So, it came about that, within five years of Rhodes’ death, the first African American became a Rhodes Scholar.