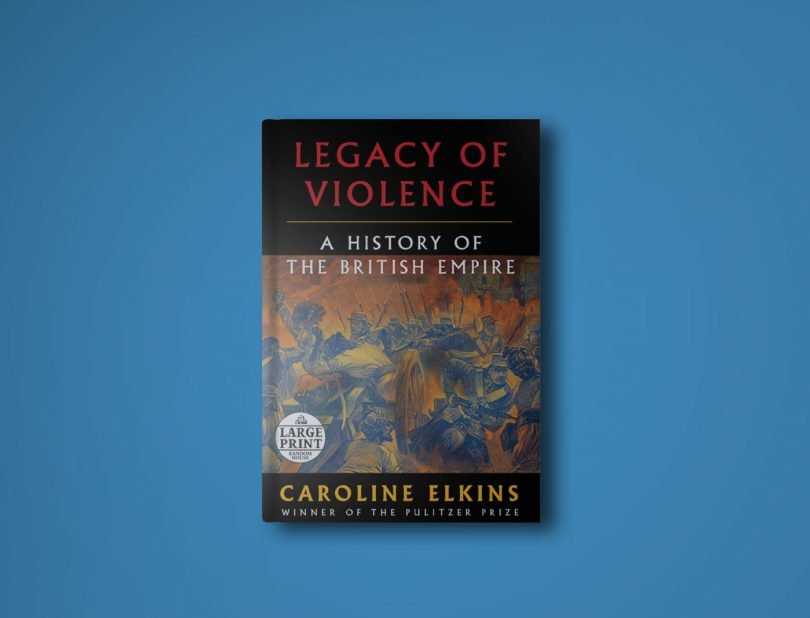 Hating the British Empire is nothing new. Indeed, it has been the primary occupation of the academy since about 1960. Not without exceptions, of course. The prolific Jeremy Black’s Imperial Legacies of 2019 reminded readers of the British Empire’s political and social benefits to subject peoples. The very naughty economic historian Tirthankar Roy of the London School of Economics has obstinately pursued empirical inquiries, such as his recent  An Economic History of India 1707–1857, showing the economic benefits and strong local support for colonialism in the granddaddy of them all, British India.

Nonetheless, every hint of dissent from the academy’s jealously guarded anti-colonial orthodoxy elicits hysterical reactions from the guardians. My own minor contribution, a 2017 peer-reviewed article “The Case for Colonialism,” had to be withdrawn with my consent due to death threats to the journal’s editorial staff after a cancel campaign led by Farhana Sultana of Syracuse University.

In the United States, the temple is guarded by many Ivy League professors, none more vigilant than Harvard’s Caroline Elkins. Unchastened by criticisms of Imperial Reckoning, her bizarre defense of the murderous Mau Mau movement in colonial Kenya, and of her participation in a nuisance lawsuit by “survivors” of the apt British response that was widely supported by Kenyans, she now applies the lather to the British Empire as a whole. The good news for the young historian is that Elkins’s latest book represents the nadir of the interminable fall of objective colonial history. There is a golden opportunity awaiting the aspiring scholar to rewrite essentially everything that has been published on European colonialism (with notable exceptions) in the past six decades.

Nowhere in the book does Elkins provide a definition of “violence” that could be therefore present or absent, nor any definition of justified versus nonjustified violence. We never are told what levels of response to political violence might be justified because the answer for “illegitimate” colonial rulers is always: none. We never hear from the natives who fought for the colonial state. We never hear from the tens of millions of native victims of anti-colonial movements, whether before, during, or after colonial rule. Most inexcusably for a historian, Elkins never explains her methods for data selection. We never hear any reflection on why, if the colonial rulers were engaged in such wrongdoing, they recorded it so earnestly, challenged it when it was seen as disproportionate, and wrote lengthy reports on it after the fact. As such, lacking either logical or empirical justification, Elkins is free to do what lawyers do: make a case and hope that no one notices the defects.

The head-spinning catalog of distortions and moralizing that follows will require sustained critique. One example: the emerging communist insurgency in Malaya in 1948. There, according to Elkins, Henry Gurney oversaw “a police state” with the alarming ability to arrest criminals, levy fines, and impose “the death sentence for a range of offenses,” including terrorism. The leader of the insurgency, known as Chin Peng (actually, his name was Ong Boon Hua), was a freedom fighter, in her telling. The 41,000 native policemen and 250,000 native auxiliaries who signed up to combat the insurgency were not evidence of the legitimacy of colonial rule. Rather, they showed that “Britain was throwing massive weight behind the forces of law and order.” The British wanted to cling to Malaya “for economic resources” such as tin and rubber, not to save the people of Malaya from communism. Odd that one of Gurney’s major policies was the creation of a pan-ethnic Independence of Malaya Party. Clever ploy.

In fact, Ong’s domestic support was nil beyond a small band of Chinese radicals who, as he later wrote in his memoirs, were motivated by “Chinese patriotism” and “international socialism.” This had zero appeal to the Malay, Indian, and even Chinese communities in the colony. Ong’s jungle fighters ambushed Gurney’s car north of Kuala Lumpur in 1951. Gurney died in a hail of bullets, drawing fire from his driver and wife, who hid in a culvert with his dead body until help arrived. “Dead in one of the empire’s remote, roadside gutters,” in the enthusiastic telling of Elkins. He had it coming, after all. A “trademark mustache punctuated his ever-present scowl.” The day of his assassination, he was heading for “a weekend of colonial leisure” in a “Rolls-Royce” with “crown insignia.” Presumably, the graduate students gathered on the library floor for colonial horrors story hour are expected to gasp with each salacious detail. Levying fines! A mustachioed scowl! Colonial leisure (whatever that is)!

Ong was eventually exfiltrated to Beijing via North Korea in 1960 as his movement collapsed into ideological schism and Stalinist purges. For Elkins, it appears a great pity that his movement did not succeed. Anyone taking potshots at the Tommies is, in her view, always on the side of justice. Were Elkins to ask a Malaysian or Singaporean today, she would find those poor ex-subjects still laboring under the violent “colonial” idea that not being taken over by a communist tyranny was a good thing. A leader of Malaya from the Indian community who would become independent Malaysia’s ambassador to the United Nations, Radhakrishna Ramani, said this of Gurney’s death at the time: “This should not merely be the end of another great man. This must be the beginning of a renewed determination to steel our hearts and strengthen our hands to end such dastardly crimes forever, and with the greatest possible speed.” Ramani represented the people of Malaya. Ong did not. You won’t find Ramani mentioned in Elkins’s book. She is too busy relishing the thought of Gurney’s riddled corpse in a gutter.

Elkins has been sedulous in torturing the archives. It’s a pity because, as a result, none of her research is worth a penny. A mean-spirited suspicion coats each and every artifact she unearths. She is wholly unreliable as a reporter, and future scholars will have to return to every document she cites knowing that she cherished their inability to talk back. The book’s pretension to theoretical innovation with a new concept called “legalized lawlessness” is silly and will be quickly forgotten.

This review first appeared in The Washington Examiner, and is reposted here by their kind permission.  For the full article, see https://www.washingtonexaminer.com/opinion/a-history-of-colonialism-thats-more-angry-than-accurate

Bruce Gilley is Professor of Political Science, Portland State University. He is the author of “The Case for Colonialism”, The Last Imperialist: Sir Alan Burns’ Epic Defence of the British Empire, and The German Colonial Achievement and Its Aftermath. A graduate of Princeton University and the University of Oxford, he is a member of the board of the National Association of Scholars.