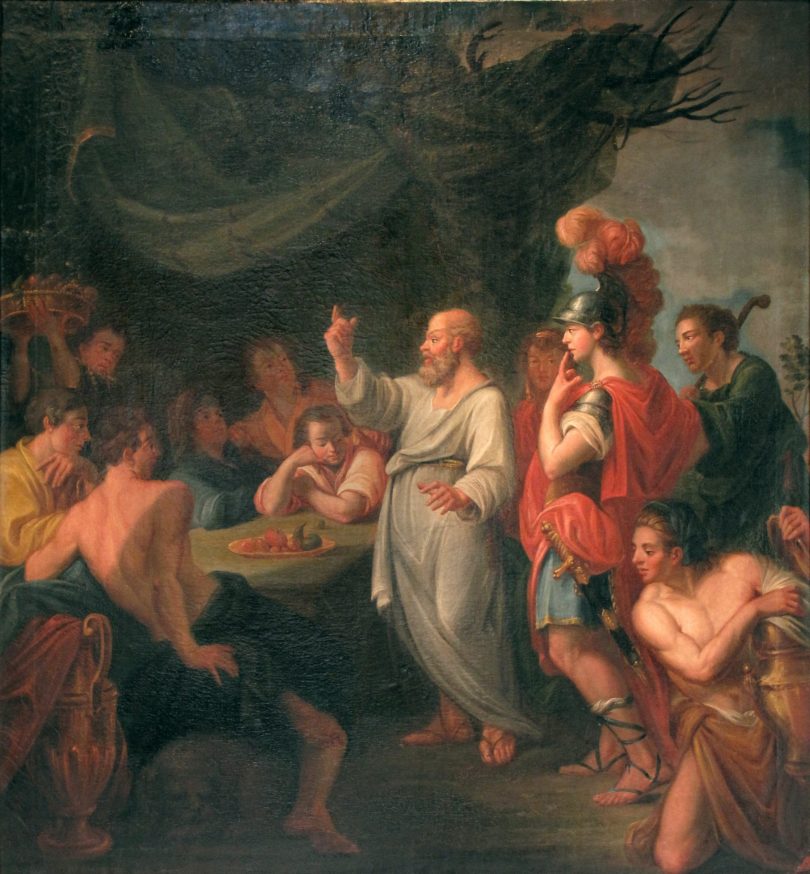 Wokery is not a school of thought. Of what is it an instance? Perhaps it is best considered as a modern sado-masochistic cult nourished by the internet, as is proposed below? Yet is has a history, even an intellectual history. In an accompanying longer essay on this website I delve into some of wokeishness’s antecedents in the history of ideas, drawing attention to a hitherto unconsidered source within African history.

Read a longer article by the author here: African Roots of ‘Wokery’: the dangerous production of ‘usable history’

The remorseless and pernicious dissolving of Britain’s history into mainly merely a puddle of moral degeneracy and racial oppression and exploitation seems, like a sea-fog, to have seeped under all the doors. It saps willpower, clouds the minds, syllabi and reading lists of university departments across the land. Nor is it confined only to history and ‘lit crit’ departments, museums or others concerned with cultural matter. Even veterinary science is proposed for ‘decolonisation.’ (How does that work?) Similar insidious and corrosive narratives have quickly occupied commanding presence in university departments in Australia, Canada, New Zealand and the United States as well. Interestingly, these leading seats of cultural revolution are also the ‘Five Eyes’ core of the anglophone intelligence alliance that plays a central role in the swiftly coalescing ‘grey’ wars between the Free World – it is time to use the old terms once more – and the autocracies that wish it harm, notably China and Russia.

There was once a time when I taught applied political philosophy for young Russians in St Petersburg during the brief halcyon years after 1991, under that transitory shaft of sunlight, with, among others, the late and polymathic social theorist James Rosenau. He was wont to instruct our students, as we walked as a group in Socratic dialogue along the banks of the Neva, that when they were faced with a new or puzzling phenomenon, they should ask of it one starting question which he used to great effect in his pioneering work, Turbulence in World Politics: “of what is this an instance?” It is a robust suggestion. Let us follow it.

There is nothing normal about any of this wokeishness. Of what is this an instance? The wokish dissolvers conspicuously do not kill their own meat as I observed from grass-roots Africa in earlier essays that I published in History Reclaimed. Rather it is applied nihilism, applied both to the histories to be told and to historical methodology itself: a disqualification of narrative explanation as well as a rejection of the Rankean admonition to fill the bucket closest to the source of the spring. Instead we are offered pre-formed iron grids, forged by Theory, to drop onto the quivering fragility of all sources. At one blow all excitement in discovery is abolished and by destruction the answer is found to be, of course, the one you had first thought of. Does this remind you of something?

Surely this is the marxist discovery of worker consciousness in the proletariat – whether or not it was there – because Theory dictates that it should be there. How boring as well as how disrespectful. There is, however, one unintended benefit from having hit this nadir. Bruce Gilley shrewdly observes (in a forthcoming review) that having reached the low point of writing about empire, the wokish agenda self-destructs, clearing the way for a rising generation of young historians to start afresh.

By virtue of Gilley’s happy suggestion and for other reasons as well, we ought to remind ourselves that this moment is right for us to cease to address wokeishness as if it were a school of thought. Yet the origins of wokishness are as vital a subject of historical study in itself as that of any other cultish movement in history when their beliefs have had material impact. That study resides both in the history of ideas and, operationally, in the history of subversion. It is high time to start to write systematically the history of this strange episode in the intellectual disarmament of the great democracies so that it, in turn, may be disarmed.
Whether in coincidence or, as I strongly suspect, in cause, ‘peak’ wokeishness is an ideology of pandemic; for wokeishness gathered both pace and strength during the pandemic caused by the Wuhan coronavirus. This, we now know beyond reasonable doubt, entered the world from one or more laboratory manipulated chimeras that combined both American and Chinese primary ‘gain of function’ development work, although released in ways still (and maybe for ever) obscure. Therefore at this, their current nadir, these are feverish ideas – maybe the result of cabin fever in a wired world – that incubated and flowered in a het-up world made sick by China. There are historical precedents. An excellent model to follow in thinking about plague cults is Norman Cohn’s Pursuit of the Millennium.
Contemporary wokeishness has all the characteristics of an ‘encapsulated’ belief system which is to say that it is self-referent and is protected by inbuilt blocks to falsifiability: characteristics well known from the study of millenarian and excitable cults.
Wokeishness does not deserve to be treated as coherent in any intellectual sense for it is threadbare and only hangs together because its basic precepts are not only encapsulated but expressed only in very short basic slogans, even if academic exponents tend to write very long books of fugues and variations on a very limited repertoire of themes. Both characteristics – encapsulation and brevity – make it well fitted for the age of the ‘twitterati’; and the enforced isolation of the pandemic years has hugely normalised the use of these on-line ‘social media’ which corrode the critical faculties.
The ‘Twittersphere’ has influenced a generation of thinkers – and even more so of readers or ‘followers’ as they are now called – in a multitude of ways. The most potentially troubling for reasoned debate may be the way that complex ideas and histories are now routinely summarized or dismissed (‘cancelled’) in a few sentences. It is increasingly common for politicians and so-called ‘public intellectuals’ to address issues and followers nationally and internationally on Twitter first. Woke chat (I refuse to call it discourse), cancel culture and related sub-genres are all pushed largely through Twitter and other social media, which have become a lifeline for many, especially young people, in the recent plague years. Add Vladimir’s and Xi’s malign influences and actions in these realms of communication, which I think are a lot more subversive than the Free World public yet gives them credit for, and we have a perfect conjunction for a set of ideas aimed at undercutting democratic process that not only do not have a coherent methodology, but – and this is crucial to grasp – do not need one because the arguments are made in small, encapsulated paragraphs online. This is, I think, one of the main reasons why Critical Race Theory has survived this long; for it was very quickly taken up not in serious forums of debate, but mostly on social media where it finds immediacy, a lack of rules of engagement, encapsulated transmission and immense audiences. Encapsulation is of the essence.
The history of wokery and wokeishness will be a book of many chapters. In the operational chapters, the role of the Communist Chinese United Front Work Dept of its Ministry of State Security – much enlarged under Xi Jin Ping and its Minister, an alumnus of the China Centre in Jesus College, Cambridge – in encouraging and supporting such movements as ‘Black Lives Matter’ and the anarcho-green agitations of ‘Extinction Rebellion’ and ‘Net Zero’ as well as the increasingly well-documented meddling in British Universities of which the University of Cambridge is one of the most prominent and well discussed, will figure.

However, that is not my topic in a new long essay which is the companion to this note (African Roots of ‘Wokery’: the dangerous production of ‘usable history’). In that essay I explore the logically prior vanguard intellectual issue; and in it I delve into some of wokeishness’s antecedents in the history of ideas, directing our attention towards a hitherto unconsidered source.

As in deep ethology and the origins of homo sapiens, so in the antecedents of current wokeishness, ex Africa semper aliquid novo (there is always something new out of Africa) in the phrase attributed to Pliny the Elder .

Read a longer article by the author here: African Roots of ‘Wokery’: the dangerous production of ‘usable history’

[1] qv B. Gilley, review of C Elkins, Legacy of Violence: A History of the British Empire in The Washington Examiner (forthcoming)

[2] robust, so long as we keep in mind Collingwood’s “fallacy of precarious margins”: that in matters of historical thought there will usually be an overlap of classes such that we must entertain the possibility of multiple simultaneous identities, albeit primary, secondary etc. We are not dealing with mathematics. R. G. Collingwood, An Essay on Philosophical Method, OUP, 2005, pp. 49-50

[3] N Cohn, Pursuit of the Millennium: Revolutionary Millenarians and Mystical Anarchists of the Middle Ages. Secker & Warburg, 1957, notably Ch 7 on the self-immolating flagellant movement after 1270.

[4] ‘Blocks to falsifiability’ is a concept coined in J. Skorupski, Symbol and Theory: A Philosophical Study of Theories of Religion in Social Anthropology, CUP, 1975. Encapsulation was first described, but not so named, by the first professor of anthopology at the University of Oxford, E.B. Tylor in Primitive Culture (1871).

[5] I wish to acknowledge my debt in this paragraph to exchanges with the ‘third age cohort’ anthropologist Dr Fraser McNeill of the University of Pretoria. Neither of us see it as more than a place-marker for a much larger research effort: but it needs to be signalled in this essay to register my view – and his – that we are only at the beginning of serious psychological and anthropological study of the cauterising and stultifying consequences of ‘social media’ in wokeishness. Marshall McLuhan’s insight that the media is the message was prophetic.

[6] For substantive evidence see C.Hamilton & M Ohlberg, Hidden Hand: Exposing how the Chinese Communist party is reshaping the world, One World, 2020; P. Adams, The Red and the Green: China’s useful Idiots, GWPF Briefing no 51, 2020;  G.Prins, Pt III “The security threats of Net Zero”, The Worm in the Rose, NZW, 2021. pp 22-34;  I. Williams, “How China bought Cambridge”, The Spectator, 10 July 2021;  C. Parton, “Target practice: Britain is still too complacent about Chinese influence,” The Spectator, 5 February 2022; S. Dunning, “Xi-sus College: The CCP training programme at the heart of Cambridge”, The Spectator, 5 February 2022