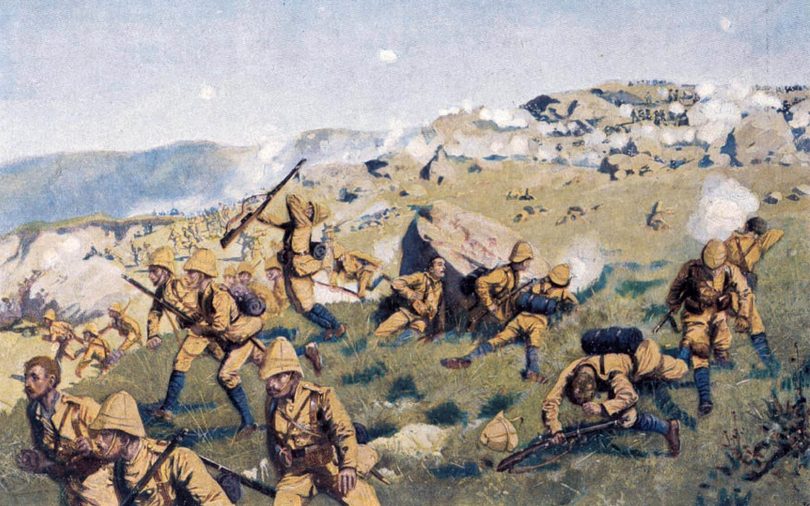 The history of the Boer War is complex. Any interpretation of the memorials to its dead needs to take account of this, and not rely on politically motivated slogans.

The Anglo-Boer War of 1899-1902 was a “colonialist enterprise” that “does not reflect well on the history of Britain”, noted Newcastle council recently. As a result, the 112-year-old memorial to the 370 Geordie soldiers who died in the war – known locally as the “Mucky Angel” – is to be given a new “interpretation”. Fair enough. There’s nothing wrong with a panel that gives some context to a monument; as long as it’s not politicized and inaccurate.

The war was indeed a “colonialist enterprise” in that it was fought chiefly to reassert Britain’s supremacy over the two Boer republics of the Transvaal and the Orange Free State. “The real point to be made good to South Africa,” admitted British prime minister Lord Salisbury, “is that we not the Dutch are Boss.”

For many Britons, the war was unfinished business. Twenty years earlier, Britain had suffered a humiliating defeat at the hands of the Boers – white settlers of Dutch, German and French Huguenot descent – in the Transvaal War of 1880-1. The peace settlement had granted the Boers self-government, but under British suzerainty. This delicate balance of power was upset by the discovery of gold in the Transvaal’s Witwatersrand in 1884, thus allowing the Boers to purchase “arms and ammunition enough to shoot down all the armies of Europe”. When asked why he needed so many weapons, Transvaal President Paul Kruger responded with alarming frankness: “Oh, Kaffirs, Kaffirs, – and such like objects.”

A second consequence of the gold discovery was an influx of English-speaking mine workers, the so-called Uitlanders, who were denied the right to vote (and therefore any say in politics), as was the African population. In Britain’s neighbouring Cape Colony, by contrast, all males – regardless of creed and colour – had the vote. The franchise issue became the means by which Sir Alfred Milner, the British High Commissioner in South Africa, hoped to win control of the Transvaal: either by securing votes for the Uitlanders or by resorting to force. He fired up the British cabinet by referring to the voteless Uitlanders as “helots” (the subjugated inhabitants of ancient Sparta); and warned that mineral-rich Transvaal, perhaps assisted by Germany and even France, presented a threat to British supremacy in the region.

But for all Milner’s machinations – resulting in a demand for all Uitlanders with five years’ residency to be given the vote, and seven new constituencies to give them representation in Transvaal’s parliament – it was the two Boer republics who blinked first by issuing Britain an ultimatum in October 1899: accept arbitration on all issues, withdraw all troops from the borders and recall all recently landed reinforcements. Salisbury was delighted. “The Boers,” he said, had “liberated us from the necessity of explaining to the people of England why we are at war.”

The logic behind the Boer strategy – to invade Natal and the Cape Colony before British reinforcements could arrive – was provided by Jan Smuts, a future prime minister of South Africa. We are facing, he told President Kruger, “a terrible blood-bath, from which our people will emerge either as an exhausted remnant, wood-cutters and water-carriers for a hated race, or as victors, founders of … an Afrikaner republic … stretching from Table Bay to the Zambesi.” Victory would occur, he believed, through foreign help and British demoralisation.

Despite early battlefield successes that left British forces besieged in Mafeking, Kimberley and Ladysmith, the Boer gamble failed as reinforcements poured into South Africa and sheer weight of numbers told. By the summer of 1900, both Boer capitals – Bloemfontein and Pretoria – were in British hands. The conflict, however, was far from over as the Boers switched tactics from conventional to guerrilla warfare. This prompted a typically ruthless and regrettable response by the British commander Lord Kitchener who built a chain of 8,000 blockhouses to contain the Boer horseman, armed 30,000 Africans, and, most controversially, destroyed Boer farms and herded more than 160,000 non-combatants into fifty concentration camps where 28,000, mostly children, died of disease and malnutrition. “There are few uglier blots on the imperial escutcheon,” wrote Piers Brendon in his The Decline and Fall of the British Empire, “than these camps.”

Peace terms – finally agreed in May 1902 – were generous to the Boers. They became subjects of the new King Edward VII, but were promised self-government (as enjoyed by Natal and the Cape) as soon as possible; they were given loans of £3 million for post-war reconstruction; and Africans in the two new British colonies of the Transvaal and Orange River would only get the same voting rights as their fellow Africans in the Cape after representative government had been granted (which, in effect, meant never). It was a concession that made a mockery of the colonial secretary’s warning that that they must not “purchase a shameful peace by leaving the Coloured population in the position they stood before the war”.

Winston Churchill, who had both reported on and fought in the conflict, was horrified. It was, he wrote, a “miserable war – unfortunate and ill-omened in its beginning, inglorious in its course, cruel and hideous in its conclusion”. It had cost the British 22,000 lives and £200 million. But worse was to come in 1907 when the former Boer commander Louis Botha was elected the first Prime Minister of the self-governing colony of the Transvaal, with Jan Smuts as his deputy. Three years later, Botha became premier of the new Union of South Africa, thus ensuring that the franchise colour bar of the old Boer republics would be extended to the rest of the country, an inbuilt discrimination on the grounds of race that would reach its horrifying conclusion with the apartheid system that divided the country from the 1940s to 1991. “There was a high price to be paid for reconciling the warring white tribes of South Africa,” wrote Thomas Pakenham in his classic The Scramble for Africa, “and the price was paid by the blacks.”

The history of the Boer War, in sum, is complex. Any “wider interpretation” of the memorials to its dead needs to take account of this, and not rely on politically motivated slogans that apportion retrospective “blame” to one side only. That would both dishonour the dead, and do history a disservice.