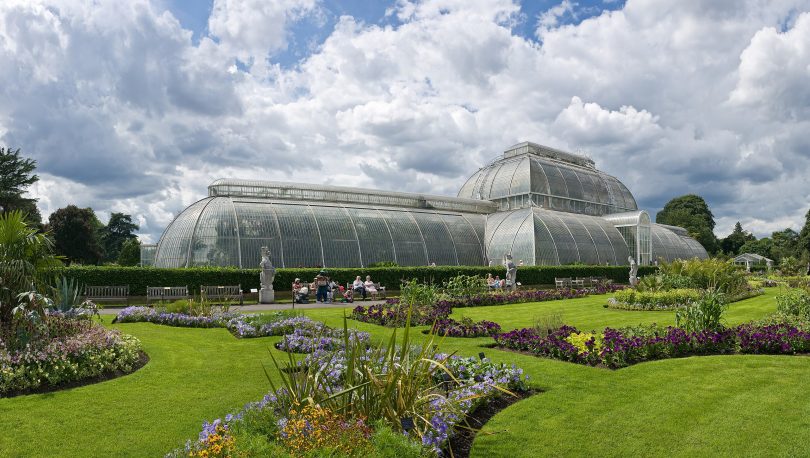 Last year, the Royal Botanical Gardens announced a sweeping policy of ‘decolonisation’. After protests, it has markedly changed its tune. If this signals a change of policy, many people, especially taxpayers, will be pleased to hear it. But has the policy changed, or just the language? What is happening behind the scenes?

In March 2021, the Royal Botanic Gardens Kew, when introducing its Manifesto for Change 2021-2030, announced to the world that: ‘We will move quickly to ‘de-colonise’ our [plant and fungi] collections, re-examining them to acknowledge and address any exploitative or racist legacies’. Kew committed itself to promoting ‘transformative societal change’ and decolonising science ‘as a key theme’. Richard Deverell, the Director, asked, on the institution’s website: ‘How do we better understand and take accountability for the harm caused by Kew’s role in colonial exploitation? How should this shape the stories we tell about our collections?’ ‘RBG Kew as an institution cannot stand aside. Like so many other organisations, parts of Kew’s history shamefully draw from a legacy that has deep roots in colonialism and racism…We were beacons of discovery and science; but also beacons of privilege and exploitation.’ ‘There is no acceptable neutral position on this subject [racial injustice;]; to stay silent is to be complicit.’ In 2020, Professor Alexandre Antonelli, Kew’s Head of Science, made his ambitions clear: ‘At Kew, we aim to tackle structural racism in plant and fungal science.’

Kew’s statutory powers and duties are set out in the National Heritage Act of 1983. They are strictly to do, and only to do, with “the science of plants”. They do not allow for entry into the political arena. As a result, the think-tank, Policy Exchange (as part of its History Matters Project, headed by Sir Trevor Phillips), published on 28 December last year a paper, which I co-authored (see https://policyexchange.org.uk/wp-content/uploads/Politicising-Plants.pdf), pointing this out and reminding readers that Kew is substantially funded by the tax-payer.

Since this paper was published, there has been a remarkable change. Mr Deverell announced that ‘decolonisation’ had been removed from the Manifesto for Change and replaced with the more neutral ‘re-examine our collections’ and said ‘Personally, I am tremendously proud of what our Georgian and Victorian forebears achieved and the legacy they leave today.’ (Presumably, he included amongst them Sir Joseph Banks, presently the butt of criticism by employees of English Heritage as ‘an enabler of slavery’?)  Mr Deverell told the Daily Telegraph, with Olympian grandeur, that he had been first amused, then annoyed, by the criticism that Kew had received, because it was ‘a distraction’. He promised that, although the text on some displays will still be updated, there will be no “didactic or hectoring tone”. “You are not going to read anything…that is critical of Kew’s or indeed British history.” “We are not going to apologise or make great statements about the role of slavery [in sugar cane production] or the legacy of slavery”. These changes were “really quite subtle” and “a touch on the tiller”. He told the Express that “We’re not apologising. We’re not trashing history. We’re not censoring. We’re not removing anything.”

This is markedly different to his earlier pronouncements and what appeared (and still appears, in some instances) on Kew’s website. If it signals a change of policy, many people, especially taxpayers, will be pleased to hear it. But has the policy, or just the language, changed? Mr Deverell has not said that he no longer stands by what he said last year. He says the plan makes ‘Kew an exemplar of retain and explain’. This demonstrates his continuing political preoccupation and he also commits a stark category error: Kew’s scientific collections are not remotely analogous to laudatory statues of controversial historical figures. These scientific collections make no statement which requires other than a scientific explanation.

Furthermore, only Kew’s Board of Trustees can change its policy. When could it have met? The last Board minutes, which have been published, are for October 2020 and the Board is statutorily required to hold four meetings a year. Even the two published sets of minutes from 2020 are “redacted” Has there been pushback by some Trustees, who have read the relevant provisions of the National Heritage Act? A ‘Decolonising Kew’ working group was formed in 2020, yet there are no published documents relating to it. Who set it up? What are its terms of reference? Was the Board consulted? Who are the members? How much public funding has gone, or will go, into it? Why have there been significant recent deletions to that part of the Kew website dealing with the World Heritage Management Plan 2020-25, which revealed the ‘Decolonising Kew’ working group? There are real issues of transparency here.

It is not only the Board of Trustees which has questions to answer. What has Defra, which has the statutory duty of oversight, been doing? As far as I can ascertain, there has been no public squeak from a responsible minister on the issues raised in Policy Exchange’s paper. Why ever not?

It remains to be seen how substantial is the change at Kew. We, as taxpayers, are entitled to a statute-compliant, explicit, exclusive, non-political commitment to science from the Board, as well as a commitment from Defra to hold Kew to it. That said, the apparent climb down really should give heart to people in other institutions who, heretofore, have wrung their hands, thinking nothing could be done to stop ahistorical, tendentious or divisive agendas being pursued by their management teams. The first stop, I suggest, is a careful consideration of the statute, trust deed or charter which governs what they should, and should not, do. They may find that earlier, wiser, generations understood that not everything is political and framed their founding documents accordingly. There are so many evils in the world that, having singled out one, Kew may think it is entitled to single out a whole lot of others. And, if that happens, what will be the impact on the study of the science of plants? I think we can guess.

Ursula Buchan is a garden and social historian, who trained at Kew, after reading Modern History at Cambridge. Her latest book is Beyond the Thirty-Nine Steps: A Life of John Buchan.