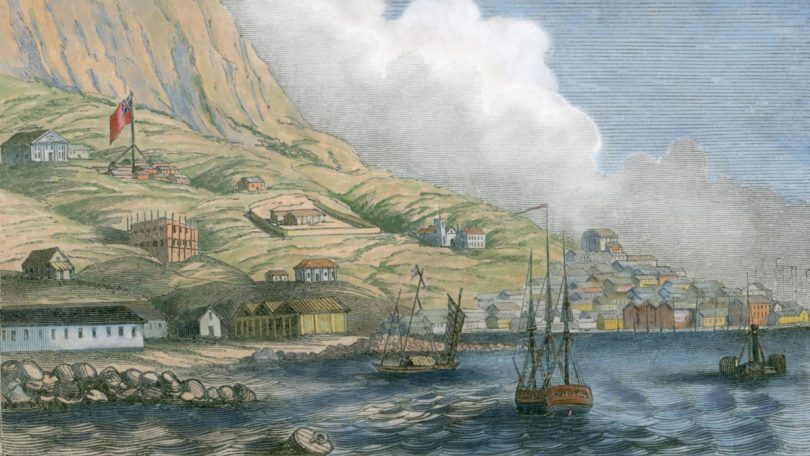 When trying to assess the legacy of a historical episode, the difficulty is to know what yardstick to use. We cannot rerun history to see if it turns out better or worse. But interestingly, Hong Kong gives us an unusual opportunity to judge.

One of the difficulties in assessing the legacy of British colonialism in many ex-colonies is the lack of a counterfactual, i.e. what would the said place be like if it hadn’t been colonised? It’s hard to know for sure, we can’t re-run history after all. But Hong Kong is a special case. Since the bulk of China, except tiny bits like Hong Kong, had never been colonised by Western powers, a counterfactual for Hong Kong manifestly exists – just look across the border to mainland China.

When a solid counterfactual doesn’t exist, it’s tempting to conjure up a utopia and imagine that to be the counterfactual. But the Hong Kong people don’t have to leave that to imagination. Indeed, since a solid counterfactual exists for them, the question of whether Hong Kong would have been better or worse off if it hadn’t been colonised by Britain is a very solid and real question. In fact that’s a question pollsters asked the Hong Kong people in 1997 when British rule was coming to an end. The result: 75% said Hong Kong would have been “worse off” and merely 5% said “better off”. Another poll found that 65% of Hong Kong people thought that British rule is more good than bad and merely 3% thought that it’s more bad than good.

They know from their own experience what is the alternative – the 1961 Hong Kong census found that of the more than 3.1 million people in Hong Kong, 50.4% were born in mainland China and only 47.7% were born in Hong Kong. “Million Refugees From China Crowd Housing in Hong Kong” the New York Times reported in 1964. Indeed, the vast majority of the population of Hong Kong were refugees and migrants who fled oppression and misery in China, or their descendants, who found a better life in the British colony, my grandparents among them. The pattern of migration also itself says something significant about the comparative condition between Hong Kong and mainland China – people migrate to a better place, not a worse one.

Perhaps it’s not surprising that British Hong Kong would compare well to Communist China. But in fact such were true even before the communist came to power in 1949, albeit to a different extent. The 1931 Hong Kong census found that of the more than 840,000 people in Hong Kong, 66.7% were born in mainland China and only 32.9% were born in Hong Kong (including those born in the New Territories). It should be noted that the border between Hong Kong and China was much more open before the communist came to power, so migration to Hong Kong was easier in this early period. Similar patterns were true even in the 19th century. Indeed, throughout almost the whole existence of British Hong Kong, it had been a hotspot destination for mainland immigrants.

So what was the actual condition on the ground in British Hong Kong and China back then respectively? And how do they compare?

It is easy to forget that the freedom, human rights and democracy we enjoy in various degrees nowadays is a relatively recent development, only being established in the Western and Western-influenced world in the last century or two. It is tempting to imagine that before the arrival of Western colonisers, people lived peacefully in harmony, free and happy, in a land with no oppression and discrimination, ruling themselves. In reality, they often lived miserably, unfree and powerless, under the fist of an emperor who ruled like a brutal dictator, and who in many cases were not even of the same ethnicity as them. Indeed, discontent was ubiquitous and rebellions very common throughout Chinese history. Even before the Opium War (1839–1842), the Chinese government was troubled by rebellions and uprisings, for example the White Lotus Rebellion (1796–1804) and Eight Trigrams uprising (1813), in which some hundreds of thousands were killed. Later, the Taiping Rebellion (1850–1864) resulted in the deaths of millions.

In such an atmosphere, the Chinese government routinely resorted to extreme measures to uphold imperial authority, and summary executions without trial were routinely carried out. It was reported that in the summer of 1855, some 70,000 people were beheaded in Guangzhou city. It was estimated that more than half of these people were actually innocent of the charge of rebellion. And this is all in just one city. Such was the criminal justice system in China at that time. In contrast, in British Hong Kong in the same period, the most high profile case was the Esing Bakery incident in 1857, where several hundred European residents were poisoned after eating bread from the Chinese-owned Esing Bakery in Hong Kong. The proprietor of the bakery, Cheong Ah-lum, was accused of plotting the poisoning. But he got a fair trial in the colonial court – due to lack of evidence, he was acquitted by the jury. It is no wonder that a large number of mainland Chinese migrated to Hong Kong in this period – the population of the colony went from 7,500 in 1841 (the year the colony was established) to 77,100 (of whom 75,700 were Chinese) in 1857. Indeed, the relatively benign British legal system was one of the reasons that made Hong Kong attractive to Chinese immigrants.

Although fairly little in the last decades of colonial rule, it is true that for much of the colonial period, especially the early period before World War II, racism and discrimination manifestly existed. For much of the time of British rule, except for a few ethnic Chinese appointed to the Legislative and Executive Council, the top level of government was dominated by white British. In the 19th century, Chinese were often treated differently and more harshly than Caucasians by the colonial law enforcement and justice system. And from 1904 to 1946, for “public health” reasons (in response to the bubonic plague endemic that ran from 1894 to 1929, to protect Europeans from the “poor hygiene practices” of the Chinese), ethnic Chinese people were banned by law from living in one area of Hong Kong that the law reserved for non-Chinese, effectively a form of legalised segregation. How did the situation in China compare to this? The Chinese government was not democratic, so ordinary Chinese people hardly had more power in China. Not only that, same as the case in Hong Kong, up until 1912 they were not even ruled by people of the same ethnicity, nor were they treated equally.

Indeed, the “Chinese government” from which the British took over Hong Kong from was in fact not Chinese. The “Chinese” monarchy at the time was in fact Manchurian, an alien people who had conquered China in the 17th century. The Manchu ruled over China as alien conquerors, maintaining their power over the culturally different ethnic Chinese people with racist and discriminatory practices. The Manchus had set themselves up as a privileged minority separate from and superior to the Chinese people. Manchu people dominated the top level of China’s government despite only making up a little more than 1% of China’s population. Manchu people received preferential treatment over Chinese people legally, politically and economically – they were dealt with more leniently under the law, had more opportunities to enter and advance in government service, and received stipends not available to the Chinese. Moreover, the Manchu and Chinese were administratively and residentially segregated, and they were banned from intermarrying. Indeed, imperialism and discrimination was not a European invention – it had been the norm throughout history until the arrival of modern Western ideals in the modern time.

Given the persistent flow of Chinese migration into British Hong Kong, what did those people who experienced both places at the time say? One of the most famous and respected figures in Chinese history, Sun Yat-sen, also known as the father of modern China, was someone who had such first hand experience. He moved to Hong Kong in 1883 in his youth to study, and many years later he became the leader of the revolution which overthrew the Chinese monarchy in the mainland in 1912. In 1923, he gave a speech at the University of Hong Kong, where he discussed the reason why he became a revolutionary. He recalled that when he came to study in Hong Kong more than thirty years ago – “Hong Kong impressed me a great deal” – he was struck by the order, safety and security in Hong Kong, in contrast to the mainland where it was the opposite. And he noted how in Hong Kong, government corruption “was the exception”, while in China it “was the rule”. He praised the good government of Hong Kong. Indeed, it was after seeing Hong Kong that he felt in order to make China a better place, it was necessary to overthrow the incompetent and corrupt Chinese government in the mainland, and create a new government based on Western models. “We must carry this English example of good government to every part of China,” he said. But of course he was not pro-colonialism – as one of the early proponents of democracy in China, he believed that the Chinese people should rule themselves. The main part of his anti-imperialism – was to liberate China from the Manchu.

That he did, yet he wasn’t able to control the situation to realise his plan – what followed was a civil war between warlords, then followed by the Japanese invasion of China, and after that the communist seizing of power and decades of communist atrocities. For decades and decades more, waves and waves of Chinese migrants and refugees were still to flee to Hong Kong to find safe haven in the British colony.

‘George Lai’ is the pen name of a man from Hong Kong, adopted to protect himself and his family from reprisals for speaking out against the CCP.