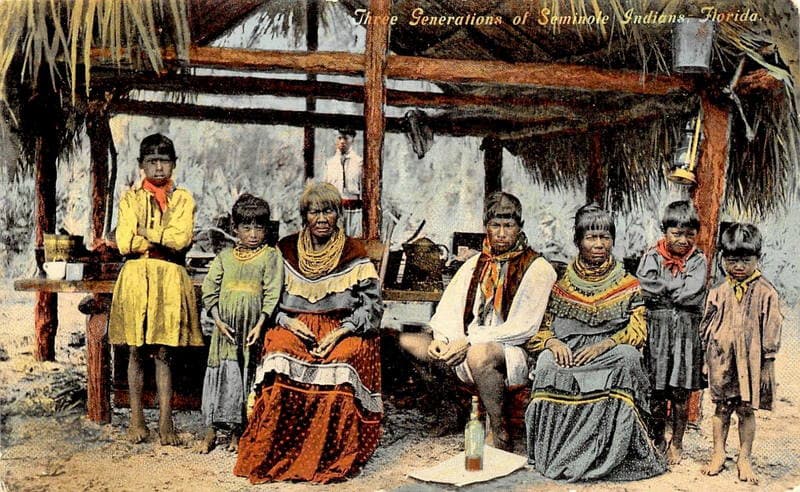 Discovery of 2,000 years-old Tequesta human remains at a Miami condo construction site has halted progress and led to consultation with the Seminole tribe who want to rebury the remains. It is ironic that the Seminole tribe would be consulted regarding Tequesta remains since historic accounts provide evidence that Seminole Indians moved into Florida in the late eighteenth and early nineteenth centuries, at which time they drove other tribes, likely including the Tequesta, to extinction through their high levels of violence and culture of slavery.

Recently, an archaeological discovery made headlines in many mainstream news sites, including the Daily Wire, the Washington Examiner, the Wall Street Journal, and even the Sunday Times. The discovery of prehistoric human remains found at a Miami condo construction site has revealed more than a glimpse into the past, it has also revealed how modern-day repatriation ideology, which allows modern tribes power over archaeological finds, distorts history. In this case, the present-day Native Americans of the region, who are the Seminole Indians, are being placed in a position of power to make decisions regarding an unrelated, extinct Native American tribe.

The discovery of Tequesta human remains, which may be 2,000 years-old, coupled with evidence of a past prehistoric structure, led to the consultation with the Seminole tribe of the area. The Seminole tribe has requested that the entire site be excavated so that any human remains discovered may be reburied.

Yet, the Tequesta are not ancestors of the Seminole Indians. Both archaeological evidence and historic accounts have provided evidence that the Seminole Indians moved into Florida in the late eighteenth and early nineteenth centuries – only around 250 to 200 years ago!

Although the Tequesta were once a powerful presence in the now Miami region, their numbers rapidly dwindled for unknown reasons. They may have fared poorly while under attack from other tribes interested in slaves (including the Seminole Indians or their ancestors the Creek Indians) or they may have moved south to Cuba, where they interbred with other peoples, to avoid these raids. Thus, the Seminole Indians, who engaged in raids for slaves to both keep and trade with Europeans, may have arrived in the region at a time when the Tequesta had already departed; or, they may even have aided in the Tequesta departure and eventual extinction.

Thus, before Miami buys another $26M dog park to cover an archaeological site from a long-extinct tribe (as they’ve done before) or pays an even higher price to an unrelated tribe for a full excavation that will only result in a quick reburial, shouldn’t the government allow the archaeologists to remove the already-discovered human remains, allow them to be studied by those whose only interests are to more fully understand the past, and allow the construction company to proceed with the condo plans?

Elizabeth Weiss is a professor of anthropology at San José State University and the co-author (with James W. Springer) of “Repatriation and Erasing the Past” (2020).