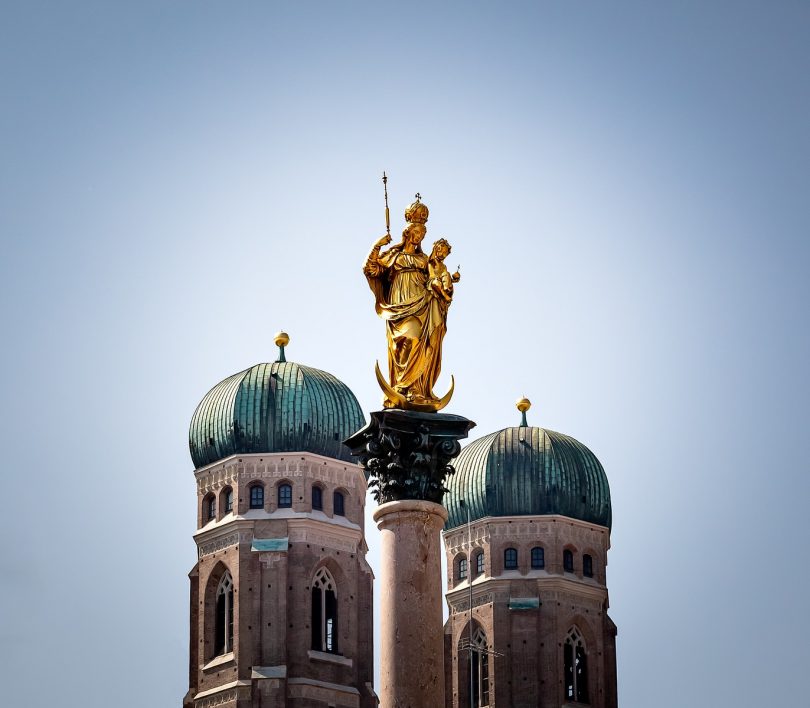 Most people get their ideas of history from the visual, with television and cinema the key means. Based on Robert Harris’ novel, the new Netflix film on Munich has received much attention. We will consider the argument made but for historians it is the method of wider presentation that is bizarre.

Although you have journalists such as Ben Macintyre in the Times, who should know better, saying that it is time that he was rehabilitated, the defence of Chamberlain is far from new. Not only has Harris himself made this argument from the 1980s, including presenting a 1988 documentary ‘God Bless You, Mr Chamberlain,’ but there was also an important strand of scholarship, notably by John Charmley.

Incidentally, the sloppiness of press coverage can be comparably seen in the Observer piece on 23 January 2022 about Eric William’s Capitalism and Slavery, complete with foolish remarks by Sathnam Sanghera, Kehinde Andrews and others. Not only has that book not been ignored, but there have also been some significant correctives since it was published. But perish the thought that you might offer scholarship and complexity when a newspaper can get going.

The new Munich film is interesting and well-acted; and may surprise those accustomed to the usual account in also managing to leave out Churchill. As with most historical phenomena, ‘Appeasement’ was not a unitary one, but rather a bundle that had different contexts, tendencies, meanings and consequences in particular moments and with reference to specific issues.

The attempt to contain the Axis powers short of war failed, but, however mishandled, the Realpolitik involved was not inherently dishonourable. Moreover, a wish to seek a negotiated alternative to war was widespread across the political spectrum. In Britain, far from being a characteristic of reprehensible Conservatives, not to say fellow-travelling neo-Fascists, the desire to avoid war and the related opposition to rearmament were also notably strong among liberal opinion and on the Left, and particularly so prior to the Munich Crisis of 1938.

On the part of Britain, a sense that compromise with Germany was possible, combined with a lack of interest in the areas threatened by German expansionism, encouraged a conciliatory search for a settlement, as did the extent that few were in other than denial about what Nazism was really like, both in domestic and international policy. Neville Chamberlain, Prime Minister from 1937 to 1940, feared that war would lead to the collapse of the British empire and would also wreck the domestic policies of the Conservative-dominated National Government for which he had previously served from 1931 as Chancellor of the Exchequer. He was correct on both counts. Chamberlain wanted a small defence budget to help in economic recovery. Ministers also assumed that, if conflict broke out with Germany, then Japan might be encouraged to attack Britain’s Asian empire, which was correctly seen as militarily and politically vulnerable.

Appeasement was designed to avoid unwelcome alliances as well as war. Unhappy with Britain’s allies and potential allies, and unwilling to explore the path of confronting Hitler by making him uncertain about the prospects of collective action against Germany, the British government preferred to negotiate directly with Hitler. This political response was matched by Chamberlain’s focus on deterrence by a stronger navy and, in particular, air force, each of which was to be based in Britain, rather than through an army that was to be sent to the Continent.

On 12 September 1938, Hitler told the Nazi Party rally at Nuremberg that there would be war if the Sudeten Germans did not receive self-determination. While Britain attempted to negotiate a settlement, Hitler renewed his threats of war with Czechoslovakia, only, in the event, to accept a settlement negotiated with Britain, France and Italy, the Munich agreement of 29 September 1938.

Hitler himself felt thwarted as he had wanted a short and successful war with Czechoslovakia. However, concern over the prospect of a more general war leading to conflict with Britain and France had led Mussolini to become more cautious, and, without the support of his ally, Hitler cancelled the mobilisation order and decided to rely on negotiations. Mussolini’s position had indeed been regarded as significant by the British Chiefs of Staff, notably because of the threat to Egypt.

Prior to the Munich agreement, Britain and France had threatened action if Hitler tried to pre-empt a negotiated settlement of the Sudeten question. In fact, by the agreement, the Czech frontier was to be revised to satisfy the Sudeten Germans. On 1 October, the Sudetenland was occupied by the German army.

Pacifism in British and French society and opinion affected their governments’ policies. So did anti-Communism, but suspicion of the Soviet Union as a potential ally against Germany also owed much to Stalin’s purge of the military leadership. Soviet opportunism, which extended to considering closer relations with Germany, was also a serious handicap. The Soviets mobilised 330,000 troops in 21-24 September 1938, deploying most of them close to the Polish frontier, while there was also the potential of a Soviet airlift to support the Czechs. However, Stalin was very cautious, not least as he feared being drawn to fight Germany on behalf of British interests.

Britain was also affected by the reluctance of the Dominions, especially Canada and South Africa, to fight Germany. With Roosevelt guaranteeing Canada’s security in his Kingston, Ontario speech in September 1938, there appeared less reason to risk war. With isolationism strong, the USA played no real role in the crisis.

Czechoslovakia received no support from Yugoslavia and Romania, its allies in the Little Entente. Hungary and Poland, with which Czechoslovakia had poor relations, used the crisis to make gains at Czechoslovakia’s expense. On 2 October, Polish troops moved into the Teschen area, while, on 2 November, the Hungarians occupied an area of southern Czechoslovakia with a population of over a million in an agreement brokered by Mussolini. Poland also moved troops to the frontier of Lithuania in order to intimidate the latter into settling its frontier dispute on Polish terms, which it did in January 1939.

Anglo-French fears in 1938 may have been excessive, given the weaknesses of the Nazi regime, not least a lack of enthusiasm among the German generals, as well as the deficiencies of the German military, the weaknesses of the German frontier defences, and the lack of German strength for any attritional conflict. British intelligence, and notably the Air Staff, exaggerated German military capabilities with regard to Britain and Czechoslovakia. The Luftwaffe lacked the training and range to launch a bomber offensive against Britain, while the number estimated for German reserve and armoured divisions was too high. Moreover, poor leadership by French politicians was matched by the French high command, and French military intelligence over-estimated the rate of German rearmament.

It is too easy in hindsight, however, to criticise the leaders of the period and to underrate their genuine and understandable fear of causing a second ‘Great War’. In many respects, the Munich agreement was part of the legacy of the Great War. Germany may have been weaker than was thought, but was determined to gain its objectives. There were also serious weaknesses in the British and French militaries.