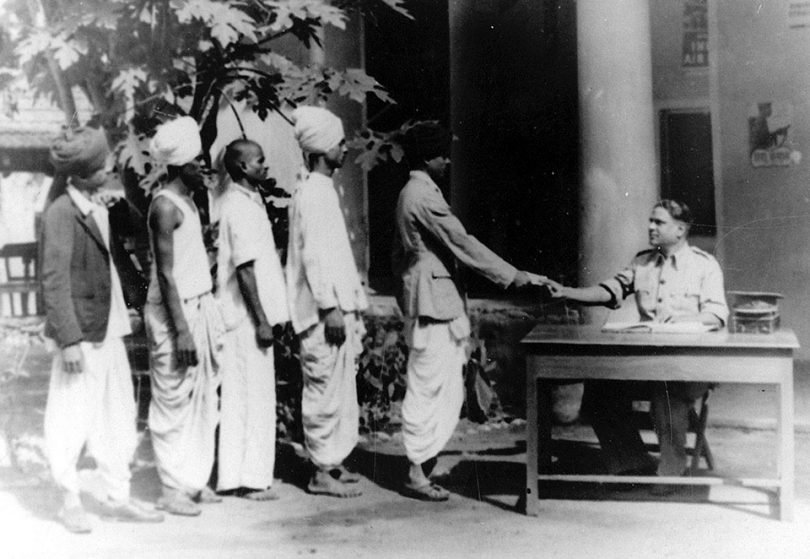 A major part of India’s history is deliberately forgotten by nationalists and western academics in thrall to ‘post-colonial’ interpretations that reduce Indians to slave status.

Whenever I give a lecture in India about the Second World War, I encounter the same awkward problem: more than 75 years since it concluded, the country remains reluctant to discuss its involvement in the conflict.

For Indian nationalists, there are two reasons for this.

Firstly, the subcontinent was tainted by an Islam that has subsequently exported itself to Pakistan and Bangladesh. And secondly, it was part of the Raj, and thus tainted by Britain. It is politically unbecoming, then, to equate a sense of Indian-hood with what Marxist historians in the West and Hindu nationalists in India tell us was India’s slave status.

The problem is that the post-colonial interpretation itself makes slaves of Indians.

It argues that they had no personal control of their destiny because their government was in the hands of others.

In this view, Indian men fought and strived against their will, even though they weren’t fully aware of it, as cultural coercion blinded them to the reality that they were fighting a British war against Britain’s enemies.

Rather than being taken as fact, these assertions must be recognised for what they are: exaggerations and political point-scoring, with the purpose of proving that the Raj was evil and that the Indians who willingly fought against fascism and totalitarianism weren’t doing so for India, but because they were forced against their conscious will to do so.

Dr Robert Lyman FRHistS is a writer and historian.  After finishing a twenty year career in the British Army in 2001 he has published widely on the Second World War in Europe, North Africa and Asia.