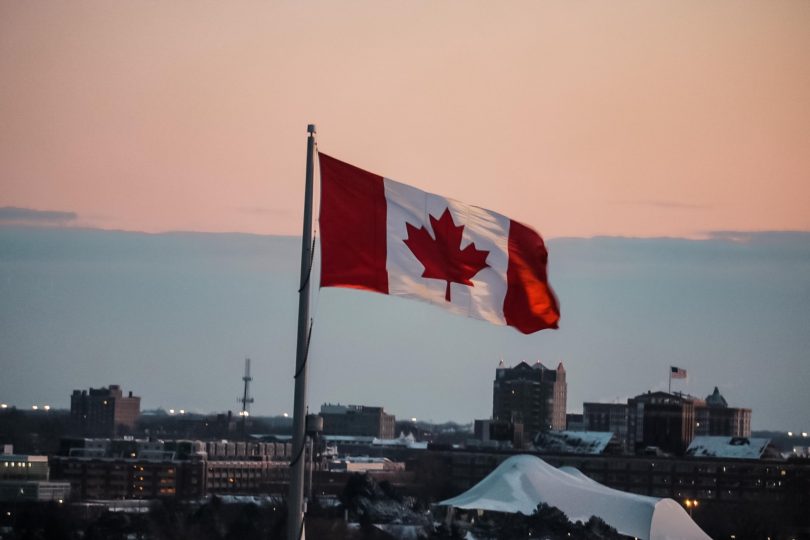 With all its puffery and value-signalling, the Trudeau government has not moved the needle on relations with Indigenous peoples. Lowering the flag costs him nothing. But the price of his gesture is nothing less than a cheapening of the Canadian idea.

The Trudeau government blundered yet again with its decision to keep the Canadian flag at half-mast for more than five months.

From the start, it was never more than a half-baked idea. On May 30, Prime Minister Justin Trudeau announced that the Canadian flag would fly at half-mast on federal buildings in remembrance of the residential school students who did not return to their families. Most citizens had likely forgotten the 2015 finding of the Truth and Reconciliation Commission that there could be thousands of unmarked graves around residential schools. Lowering the flag in a moment of mourning seemed appropriate.

But the Trudeau reflex to overcompensate kicked in at the same time. The flag, he added, would not be lowered temporarily, but instead would remain in that position until Indigenous communities gave him the signal that the Canadian colours could be raised. What that signal might be and who might have the authority to send it on behalf of all Indigenous Canadians was left unsaid.

The rules on half-masting the flag are clear. There are instances where the practice is mandatory, such as the death of the sovereign, the current Governor General, Lieutenant Governors, Senators, Ambassadors, the Chief Justice of Canada, the Prime Minister, or a minister. The same would apply to key family members of the Queen or a former Governor General. There are also seven clearly designated days of the calendar when the flag must be half-masted:

The prime minister, according to federal regulations, enjoys a great deal of discretion in determining when the national banner can be lowered. But Trudeau’s decision of an extended lowering of the flag missed the moment and the mark. It cynically manipulated a symbol that normally brings Canadians proudly together and instead turned it into an instrument of shame.

Few responsibilities of a prime minister are greater than sustaining our unity but with this decision he has sown division. What does it mean when provincial governments and citizens themselves do not permanently lower the Canadian flag? Does this make them appear to be insensitive to the plight of Indigenous peoples?

No one will object to the gesture of remembering the children who became victims of Canada’s residential schools. The rules already prescribe a day for it on September 30. There is no shortage of other historical tragedies that could be remembered this way. And yet nothing is done to remember them.

After six years in power, with all its puffery and value-signalling, the Trudeau government has not moved the needle on relations with Indigenous peoples. Lowering the flag costs him nothing. But the price of his gesture is nothing less than a cheapening of the Canadian idea.

Flying the flag at half-mast should be done to mark a moment of sober reflection. It should be proclaimed as a solemn moment. It should also be rare, so people will stop and remember when they do see it.

The government finally realized its blunder when public voices were alarmed as Remembrance Day approached, and reversed its decision of near-permanent half-masting on November 5. In those intervening months, eight official half-mast recognitions were visually nullified because the flag was already in its memorializing position: honouring the Muslim family that was murdered in London, Ontario; the National Day of Remembrance for Victims of Terrorism; the death of former Ontario premier Bill Davis; Firefighters’ National Memorial Day; the Memorial for Deceased Parliamentarians; the Police and Peace Officer’s National Memorial Day; and remembering the two victims of crime in Faro, Yukon.

The gesture has also contributed to spreading the notion that Canada’s past is shameful, an idea the prime minister continues to promote. It adds to his policy of repeated apologies based on half-digested facts. He stands opposite the vast majority of Canadians who are eager to know better the real triumphs of past generations in forging a progressive country against all odds.

“Canada is a great country, one of the hopes of the world,” wrote Jack Layton, a man who was never short of words to criticize government policy. This country has committed errors, but Canada is not a half-mast nation – and it shouldn’t be made to be one. Its accomplishments are far too grand and its promise far too great. This is something few Canadians need to be reminded of as they observe Remembrance Day and lower their flags with all the solemnity the event deserves.